Dancing among the tulips in Music City 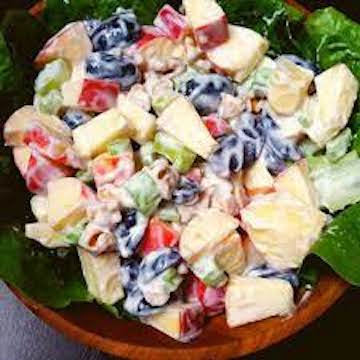 Undulate: to form or move in waves, that fluctuate; to move in a wavy appearance as in a flowing manner. An undulation, then, is a rising and falling in waves; like a wavelike or dance like motion and my word for the week.

I enjoy words, especially descriptive words and undulate is one which came to mind while DW and I tiptoed through 250,000 tulip (and more) bulbs in Nashville on the grounds of the Cheekwood estate. Breathtaking could also describe the sweeping sight of the colorful combinations of daffodils, hyacinths and tulips.  And so aromatic too, with that unmistakable scent of spring.

DW and I had been in the fall to see the alleé of pumpkins and had set our minds to return to see the alleé transformed with spring blooms.  We watched the weather and decided to go on Friday which turned out to be a beautiful and sunny day, though slightly cool.  A coat and hat were all we needed to keep us warm. Though we did “undulate” on what and how much to wear, layers were right.

Cheekwood in Bloom.  The guidebook told us that 100,000 new daffodils were planted to celebrate the 10th anniversary of the festival along with the 100,000 tulips.  Not to mention the pansies and hyacinths planted through out the grand gardens, but especially around and through the alleé.  We casually strolled one way taking it all in, then turned around and walked the other way for the full effect.  We and many other Senior citizens and young moms with babies in strollers and toddlers enjoyed the nice spring morning. The parking lot was filling up quickly when we arrived at 10 o’clock.

Tulips come in many colors, and that day red was the most dominant in the curvaceous beds.  Seems that tulip colors have meanings and red stands for true love.  So, there was a lot of loving going on as sweeps of red tulips undulated in the Tennessee sun.  ‘Red pride’, ‘Red Princess’, ‘Red Emperor’ varieties put on a beautiful show. But not to be outdone were masses of cheerful yellow tulips (noting happiness and sunshine) blooming brilliantly next to the reds. ‘Strong Gold and ‘World Friendship’ shared the spotlight, and often were underplanted with complimentary violas and hyacinths. It was truly a work of art.

Mixing things up! Our favorite beds though were filled with different color and height combinations. This is when “undulating” came to mind as a slight breeze gracefully swayed the flowers.  Deep purple tulips (‘Ronaldo’) danced with white, pale and rosy pinks varieties; lilac shaded hyacinths and the rich purple variety, ‘Woodstock’, filled in between the tulips.  I just had to stop and stare at the color combinations so not to miss anything.

Yellow and orange violas were interspersed among the blooming bulbs.  DW and I especially took note of ‘Cornish King’ daffodil with its yellow trumpet surrounded by white petals.  And on down the trail were fields of nothing but daffodils, just gorgeous with the swaths of red tulips in the background. So many good words to describe this wonderful garden.

Including funny.  We decided that the occasional orange tulip (‘Orange Juice’) which appeared to volunteer in beds of otherwise pink and yellow blooms was not so accidental at all for we were in Big Orange Country.  DW had already noted that “Volunteers” had priority parking but there wasn’t any designated for “Bulldogs.”  He has such a sense of humor. SEC colors and mascots aside, the unexpected and misplaced orange tulips were a delightful surprise.

Tulip trees and star magnolias were pretty much finished blooming; red buds were open and white dogwoods were next.  Hydrangea were budding; wisteria and crossvines were beginning to fill in the arbors over the alleé and Siberian irises were coming up among the tulips too.  Things were gearing up for yet another garden dance at the Cheekwood Estate.  Go and enjoy.