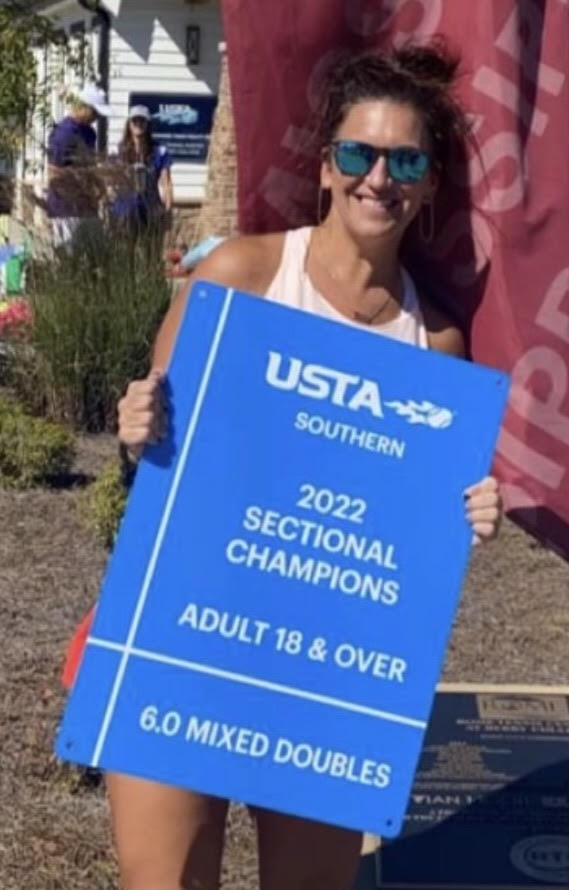 Find your passion, believe in yourself, work hard and the championships will follow.

That’s exactly what this year’s Captain of the Year has done. Beginning in 2018, Aimee Worsham took a tennis apprentice to learn to play the game. She hit a few balls and was hooked. She started looking for anyone and everyone to play tennis with her and before you knew it, Worsham had recruited former tennis players from the area and found many new people to join the game.

Over the last five years, Worsham has been the voice of Batesville tennis and has brought the game back to this area bigger and better than ever. Players in and around Batesville have worked hard for her as their Captain to win at the local league level and advance to both State, Sectional and National levels.

Just this past season, she was Captain of eight teams, six of which won State Championships, one Sectionals runner up and one team traveled to Surprise, Arizona to compete for a National Championship. She also captained two men’s teams.

Since 2018, Worsham has captained thirty-seven teams plus four men’s teams. And, she’s really just begun. In the last year, much emphasis has been put on the tennis facilities in Batesville. Through many conversations and attending city board meetings, Batesville is looking to build a tennis complex big enough to help host tennis tournaments in the area.

Much work is left to be done but tennis is on the rise again in Batesville because of Aimee Worsham’s passion and love for the game.

If you are interested in getting involved in tennis, please join Batesville Tennis on Facebook. Also, be on the lookout for junior tennis coming this Spring.