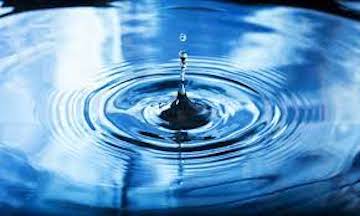 Some residents of the most rural parts of Panola County are living without adequate water supply because their water association officials have refused to make applications for federal or state funds, and have ignored the Board of Supervisors’ offer to divide $1.2 in stimulus money among the roughly 22 entities that oversee rural water service.

The Board of Supervisors heard an update Monday at its regular meeting about the status of water upgrade applications from Darrell Dixon, Panola County’s contact in the Delta Planning and Development office.

Dixon told supervisors that just two of the nearly two dozen water associations have ongoing applications and are working to secure loans for expansion and upgrades. When supervisors announced last year that just over $1 million of the county’s approximate $6 million coming to Panola County from the national $1.9 trillion American Rescue Plan Act would be set aside for rural water and sewer projects more than half of the associations contacted Dixon’s office about the process.

Supervisors originally agreed to give each association $62,000 to assist in upgrades and expansions. Some immediately began the cumbersome work of applying for state and federal project money, but other association boards did not accept the offer and others would not respond.

Dixon said the process of completing the SAM (System for Award Management) was too much for some associations and others were advised by engineers to hold their applications until additional federal programs opened.

Only Plum Point and Eureka Water Associations have moved into the bidding process and both of those have secured funding from multiple sources. Others, including Love Joy and Liberty Hill associations have made some progress, but are still waiting on further funding.

“There is a desperate need to improve water and be able to add people on that can’t afford wells, and they want this done, and that done and want to serve on the board of the water associations, but will not put for the effort for us to assist them to get the funds,” said District 4 Supervisor Chad Weaver.

District 2 Supervisor Earl Burdette agreed, noting that some households in his district share a well because no community water is available and upkeep and maintenance of wells have caused some to go without running water for months, even years.

“It makes no sense that we still have families who have to put a bucket of water in the truck of their car and haul it down the road every day,” Burdette said. “I don’t feel it’s right for poor people to have to suffer because the water association members don’t care. They have good water at their houses and that’s all they think about.”

Throughout Panola, water associations are strained with maximum capacity and can’t add new customers who build houses or want to upgrade their water supply. Other associations have old infrastructure and can’t make the necessary repairs because of initial costs.

Weaver said the disinterest of some water association members will not change until rural residents band together to remove the currently serving members, and replace them with people interested in taking on projects to improve the water service in their areas.

District 5 Supervisor Cole Flint, who also serves as the board president, said the inability to locate some of the association members and their reluctance to respond to the supervisors’ offers for assistance is no coincidence.

“They don’t want to open the books up,” Flint said. “If they open those books, they are in trouble.”