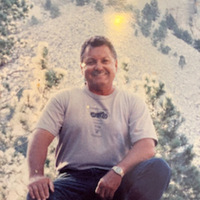 A graveside service will be 2 p.m. Wednesday, Dec. 28, at Forrest Memorial Park in Batesville.

He was born Aug. 18, 1949, in Batesville,  to the late Claude Homer Watts and Hattie Idell Simpson Watts. Danny grew up on a delta farm near Crowder. He attended Crowder elementary school and spent many hot summer days with the other boys from the community in the water hole not far from his family’s small farm.

Danny graduated from South Panola High School. As a young man he worked hard at several manual labor jobs until he saved enough to buy his own business. Besides operating his business he enjoyed renovating houses to sell as well.

One of Danny’s great loves through the years was motorcycles, not just riding them but learning everything about them, and eventually building custom bikes for others. He traveled on two wheels throughout all of North America from Key West to the Arctic Circle, and not surprisingly made friends along the way and kept in contact with many of them. If he visited a Harley Davidson dealership he was sure to pick up a local Tee Shirt as a souvenir of his visit, resulting in a large collection of them over the years. Some of them were eventually used to make a quilt.

Along with his parents Danny was preceded in death by his sister, Bertha Watts Simpson.

In lieu of flowers, the family requests that contributions be made to St. Jude Children’s Research Hospital.