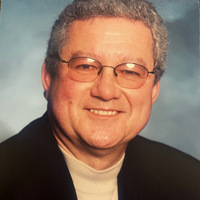 Jimmy was born and raised in Batesville, the first child of the late James Wallace Eubanks, Sr. and Mary Poteete Eubanks. He attended Batesville High School, Northwest MS Junior College and received his Bachelor of Science in Pharmacy at University of Mississippi in 1965.

That same year, he and his wife, Diane, moved to Tunica and purchased what came to be known as Tunica Pharmacy.  Over the 42 years of managing the pharmacy, he also developed a passion for community improvement in and around Tunica County.  This grew into a thriving real estate development company which he continued to manage until his death.

He leaves behind his loving and devoted wife of 60 years, Diane Breedlove Eubanks, his son, Dr. Trey Eubanks and wife Angela of Memphis, Tennessee, his daughter Tara Eubanks Sartor and husband Paul of West Monroe, Louisiana, his daughter Brigid Breedlove Kay and husband Bill of Germantown, Tennessee, and his brother Billy Lynn Eubanks and wife Suzi of Pontotoc, Mississippi.