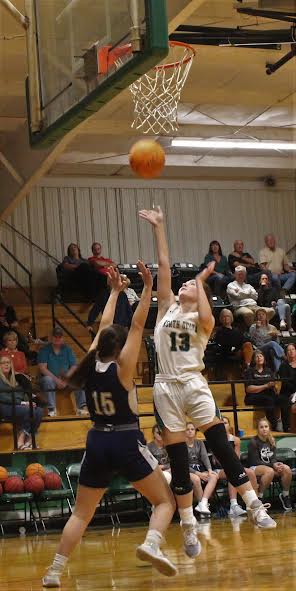 Green Wave headed to Lee, AR and Bayou this week

The Junior High boys and girls completed the sweep with victories. The North Delta varsity boys did not play due to Tunica still participating  in the football playoffs.

On Monday, Nov. 14, at home, the Green Wave took three of four games over visiting Indianola Academy. Both varsity teams came away with wins as the Lady Wave improved to 4-2 with a 42-17 victory while the boys picked up their first win of the year with a 50-46 verdict.

The Junior High Wave split their games with the girls claiming a 45-9 win with the boys falling 32-18.

The Green Wave returns home Dec.4 against The Regents School.

Below are game recaps.

Semmes Dorrell poured in a game-high 19 points to give the Green Wave the close win. Owens Johnson contributed with 18 points while Kolby Baker provided 11 markers.

The junior high Lady Wave cruised to victory with Emma Brown and Haley Melton leading the way with 12 and 10 points each.

Logan Mills paced North Delta with ten points while John Colt Robertson and Will Carpenter finished with four points each.

Cadie Coker connected on a pair of three pointers with three rebounds and two steals.

Kori Cox cleaned up the boards with 15 rebounds and five points with Autumn Boone finishing with three points and three steals.

The Junior High Wave slipped past Tunica behind eight points from Will Carpenter with John Colt Robertson and Logan Mills adding four and three points each.