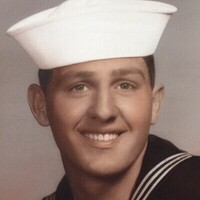 It was on a cold Saturday Feb. 7, 1948, when a bright ray of sunshine came to the home of Thurman Massey and Maxine Coston Massey, they named this first child Perry Wayne Massey. Perry warmed their home with joy and love, and continued touching the lives of all he met for the next 74 years and 9 months, meeting his Lord, family and friends in heaven on Oct. 29, 2022.

A service of celebration will be 11 a.m. Tuesday, Nov. 1, at the Eureka Methodist Church with the interment to follow at Eureka Private Cemetery. The family will receive friends Monday evening from 5- 7 p.m. at Wells Funeral Home.

His generosity and kind heart gained him an uncountable number of friends.

A man that hath friends must shew himself friendly: and there is a friend that sticketh closer than a brother. Proverbs 18:24

He learned about his God at a young age and his sins were washed clean by trusting in his Savior and was baptized in the family livestock pool.

Perry had a special God-given talent for baseball, playing with Little League, Babe Ruth League, Bruce High School, and American Legion teams. He also excelled in High School football as a tight end. After graduating, he enlisted during the Vietnam War with the US Navy serving as a Boiler Technician on the USS Perkins which was plane guard for carriers on “Yankee Station” in the Tonkin Gulf, participated in “Sea Dragon” and “Market Time” operations, patrolled on search and rescue duties, and carried out naval gunfire support missions during the conflict.

During this time of serving his country he came home on leave and married the girl who stole his heart at NW Community College, Linda Hardy. They returned to San Diego and set up housekeeping there until he was honorably discharged.

Perry was the ultimate hard worker and upon returning home he worked for UPS, quickly working his way into management over the Batesville distribution area. Some years later he became the sole manager over the Eureka Water Association, with duties of financial, water repairs, maintenance, and new project installations, until the last few weeks, when his health declined.

He had several passions such as wood working, gardening, coin collecting and ancestry of which he had an extensive family tree of over a hundred thousand names dating backward over 500 years. (Ancestry/com actually, offered him a job twice). Perry worked tirelessly with the baseball program of Panola County and umpired games for many years. He gained much respect for his honesty and fairness in umpiring and for his work with the youth.