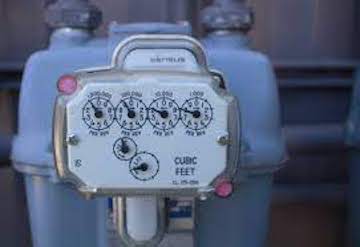 Batesville homes and businesses that rely on natural gas can expect to see the cost of staying warm this winter to double, and possibly more, city board members learned last week.

In a special called meeting Thursday at City Hall, officials heard from Howard Randolph, who has brokered and managed the procurement of natural gas for the city for many years, and has a thorough understanding of the gas usage and costs to customers in normal years.

This year, Randolph told aldermen, his company has purchased about 20 percent of the estimated 400,000 cubic feet of natural gas needed to supply Batesville during a normal year and the cost was double of what was paid last year.

The remaining gas needs for the city is yet to be purchased, but Randolph says there is little hope the cost will be any less than double, and could be more. Other heating options will also see increase, although no national warnings of spikes in electricity, heating oil, or propane costs have matched those of natural gas.

“I think the city needs to make the public aware that they need to conserve as much as possible on all their utilities bills, but especially gas, because it’s going to get more expensive this winter,” he said. “We can mitigate it by locking in some fixed prices, but the cost of gas is going to be significantly higher.”

“Cool spell makes everyone start thinking about their gas,” Randolph said. “They start lighting their pilots and filling their propane tanks up, it’s gas weather. We are in a global natural gas demand, I almost want to say crisis. You can point your finger at a lot of reasons why it happened, but it doesn’t matter.”

“What’s got me a little concerned is that we haven’t gotten any cold weather so we have that looming ahead of us,” he said. “No one knows if we are going to have a cold winter but we always plan for it. If we have gas left over then it goes into storage.”

“At the end of the day the cost of gas to the city is going to be much higher for this winter season than it was last winter. You won’t really begin to see the effects of it until it’s gets cold and people start using gas.”

The only positive news for aldermen was the assurance that price increases will not affect price structures and will not cause rate increases. Automatic mechanisms are built into the billing system that pass the increases straight to the customer dollar for dollar.

The city budget, which relies considerably on gas revenues, will likely see another shortfall in the coming fiscal year if prices continue to stay high and residential customers use less to offset their household expenses.

The city’s profit per cubic foot of gas sold to customers will stay the same as last year, while the expense of the gas used internally by city departments will strain those individual budgets