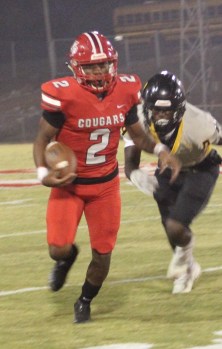 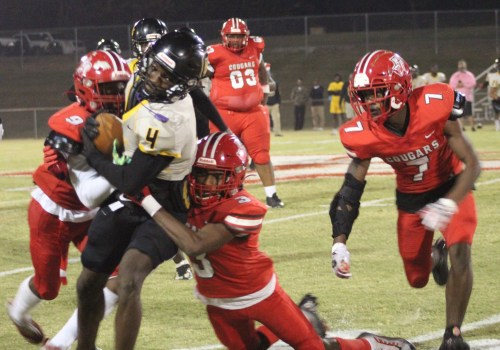 After a season-opening victory over M.S. Palmer, injuries and turnovers have been North Panola’s Achilles Heel during a five-game losing streak.

But, beginning Friday a new season will start as the Cougars begin defense of their Region 2-3A title when they host Byhalia in a 7 p.m. kickoff.

The winless Indians just might be just what the doctor ordered for North Panola as Byhalia has struggled offensively on the season, scoring just 34 points and giving up a whopping 254 through six games.

The Cougars will also look to extend their 10-game region winning streak that dates back to 2019.

North Panola hopes to bounce back from last week’s tough 30-26 loss to Charleston despite a gallant effort from quarterback QD Walls, who threw for two touchdowns and ran for two more.

JJ Harrell had four receptions for 123 yards including a 60-yard scoring strike from Walls and an interception.

M.J. Newson had three catches for 18 yards while Marterrion Renix had two catches for 58 yards and a touchdown.

Charleston put the game away with 6:37 left in the fourth quarter by scoring on a 13-yard touchdown pass to make the score 30-20. The drive was kept alive by two questionable pass interference penalties, one coming on fourth down.

North Panola pulled within 30-26 with 3:55 remaining as Walls capped off a seven-play; 46-yard drive with a two-yard plunge.

The Cougars jumped out to a 14-0 lead in the first quarter on a safety followed by a Walls three-yard scoring run and a Walls-to-Renix 51-yard scoring strike.

Charleston responded with touchdown passes of 40 and 9 yards in the second quarter to tie the game at 14-14 at halftime before taking its first lead at 22-14 with a four-yard touchdown pass on fourth-and-goal at the 2:54 mark of the third quarter.