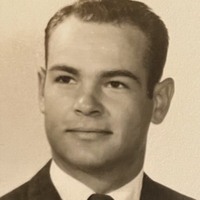 He was born August 19, 1944 to the late Joseph Reynolds and Arvanell Burdine Boyd in Poplar Creek, located in Montgomery County.

Joe attended Poplar Creek School and later graduated from Big Black High School in Kilmichael.  He received his Bachelor of Science in Agricultural Education from Mississippi State University’s College of Agriculture.  Upon graduation, he worked for the Extension Service in Wayne County.

After completing additional training with the Department of Agriculture, the boy from the hills was assigned the only location to which he did not want to move, the Mississippi Delta.

Joe and his wife, Linda, grew to love the Delta while he served as the County Executive Director for the Farm Service Agency in Quitman County for 34 years.  In total, Joe served the U.S. Government for 36 years before retiring.  Throughout the years, Joe also marked many rice levees for farmers in Quitman and surrounding counties.

Joe was a former and faithful member of the First Baptist Church of Marks where he served as a deacon.  He and Linda were very devoted to the youth ministry accompanying many groups to summer camps and on mission trips.

After retiring and moving to Panola County, Joe and Linda joined Liberty Hill Baptist Church.  Over the years, he was privileged to witness to people in Canada, Mexico, Bamako, Mali and Dakar, Senegal.

Joe was also devoted to the students of Delta Academy where he served on the school board and was rarely seen without his camera at a sporting event, beauty review or Delta Singer performance.

Joe and Linda also chaperoned several trips with students that took them all over Europe.  Joe enjoyed too many hobbies to count.

In addition to tinkering, he loved to hunt, especially with his bow, host dove hunts, teach the grandkids how to fish, cook sorghum molasses, search for arrowheads, carve wooden bowls, garden and tend to his plum, peach and fig trees, blueberry bushes and muscadine vines.  Joe could identify most every tree, bird and insect and remained in awe of the beauty in the world our God created.

Funeral services were Monday, Oct. 3,  at the First Baptist Church of Marks.There will be a family burial at Pleasant Ridge Cemetery in Bradley.

In lieu of flowers, memorial donations can be made to the Liberty Hill Baptist Church Building Fund or to the Youth Ministry at the First Baptist Church of Marks.