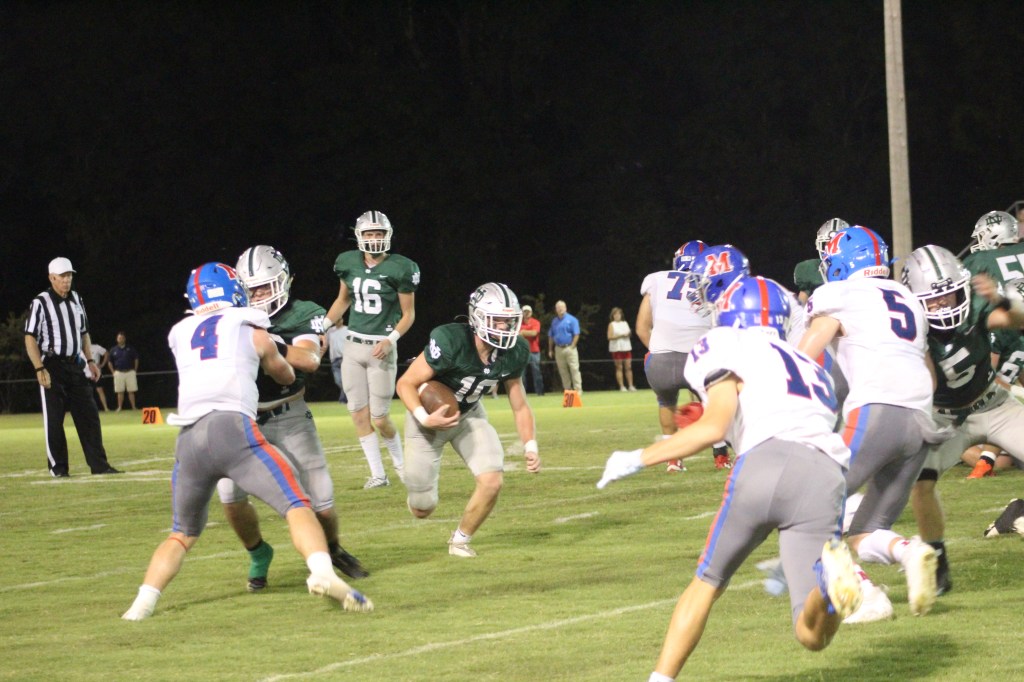 With their season at its halfway point, the North Delta School Green Wave gets set to embark on a three-game road trip Friday as they take on their toughest opponent yet in the No. 2 ranked Greenville-St. Joseph Fighting Irish in a 7 p.m kickoff.

North Delta (2-3) will look to bounce back from a 32-10 district loss to Marshall last week and will attempt to defeat St. Joseph for the first time in five meetings.

St. Joe is led on offense by leading rusher Kye Newson who has eight touchdowns on the season. Senior quarterback C.J. Moore calls signals for the Irish and his main passing target is Christian Foster.

In last week’s loss to Marshall,  North Delta trailed 12-10 at halftime before the Patriots ran the second half kickoff back 75 yards and added a 78-yard run later in the quarter.

The Green Wave took a 7-0 on the opening series as Trey Drumheller hauled in a 32-yard pass from Lewis Smith with Caleb Walls adding the point after.

North Delta closed out the first half with a 20-yard field goal from Levi Martin.

Bryant got one reception each.

Semmes Dorrell had 43 yards passing to go along with three carries for 10 yards.