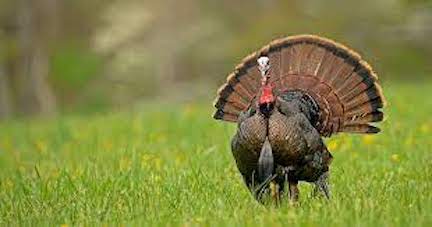 Russ Walsh, the MDWFP Wildlife Bureau Chief, said proposed rules 1.12 and 1.46 would create a senior WMA draw hunt on Phil Bryant WMA and Mahannah WMA. It would be a two-day hunt from January 19 to January 20, 2023.

The commission motioned to approve the proposed rules. It will enter a 30 day comment period and could be voted on as final at the next commission meeting.

Walsh said they hope to have 125 seniors drawn between the two WMAs. He added the hunt would be weapon of choice and have a bag limit of one legal buck and one antlerless deer. The draw application would be open between Nov. 1 and Nov. 15. A draw applicant could enter with a partner. If they apply by themselves, they can take a non-hunting partner.

Christopher Winter stood before the commission and asked them to take action on supplemental feeding during turkey season in an attempt to clarify the rules. Currently, it is illegal to bait turkeys and hunt turkeys over bait but not illegal to supplementally feed wildlife year-round, except for Chronic Wasting Disease zones.

Commissioner Chairman Bill Cossar said the agency issued 57 citations for baiting violations during turkey season in 2021 and 53 in 2022. He said it was not a big problem but could understand some confusion for what is defined as baiting.

“The problem is people will throw corn out on the road and lead the turkey to them or pour it out in front of their blind. That is baiting,” Cossar said. “If someone has 500 acres and they have a feeder out. He may not hunt where the feeder is, but the bird might take him to it. I could see some confusion there.”

District IV commissioner William Mounger said they would take things under advisement. There could be potential for further public comments and perhaps a change to the rule if biologists recommend change. District II Commissioner Scott Coopwood said he has an elderly friend who turkey hunts. That man has problems calling birds off of land where there is supplemental feeding.

Cossar said it is important to acknowledge license sales each month it funds 90 percent of the MDWFP. August was a good month for revenue from license sales, Licensing and Boating division director Jason Thompson said.

Revenue was up five percent, non-resident license sales were up 7 percent and WMA permit sales for non-residents were up 32 percent. Thompson said they sold 1,893 licenses for alligator season which is an increase from 1,762 last year.

Jerry Carter, MDWFP Law Enforcement Chief, reported a total of 533 citations were issued in August. He said 200 of those were for non-licenses, 43 for no boat registration, 27 for personal flotation device violations, 21 for no running lights, and 16 for trespassing. He added his officers spent a great deal of time working the opening weekend of dove season.

While he did not report the total number of tickets or all of the types of citations written at the meeting, he did mention a few specific citations. The main citation issued was for no hunting license, and four citations were for taking protected birds such as songbirds.

“Our officers did a great job on documentation of fields and made sure to educate about safety, do license checks and write citations,” he said. “Some of the hunters took a risk that they would not get caught and hunted without a license. The main age range for those violations was between 20 to 50 years old, and their main reason was they did not have time to purchase one. You can purchase a license online. We would check license receipts on their phone, and licenses on our MDWFP app is sufficient.”

MDWFP commission’s next meeting is at McHenry Shooting Range in Perkinston on Oct. 19 at 1:30 p.m.