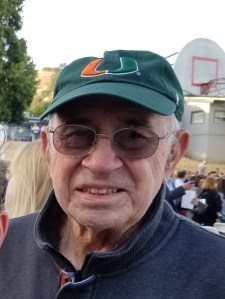 Bobby John was born in a hospital in Memphis in March of  1932 to Edna Clyde Frazier and Afton Morrison. His home was 60 miles south, in Panola County,   in the same area where his great-grandparents John and Eliza Morrison had settled in the early 1800’s.

As an only child in depression era, rural Mississippi, he had a lot of freedom and a momma who doted on him. But money, and the security it can buy, were scarce. Shoes were a luxury and sandwiches sometimes only had butter in the middle. At 10 years old, he started earning money by catching small fish in the creek and selling them to the local bait shop for the anglers on Sardis Lake. From then on, Bobby John always had work, until he retired at 62.

At 12 he was given an old Model A with no floorboards and no brakes, but he made it go. Throughout the rest of his life, Bobby John took meticulous care of his cars and was very particular about who drove them. My brothers and I are still waiting for permission.

In high school he moved into Como and lived with his cousin Christine Powers and her husband Dolvis, and worked at Clint’s Ford Dealership as a mechanic.

He graduated from Como High School, Class of 1950 and continued working as a mechanic until the Korean War swept him into the Air Force in 1951. Air Force training had him again working as a mechanic, now on planes, first in Alabama and Oregon, and finally at Mather AFB, near Sacramento, CA. This started a lifelong love of planes and of flying.

Cruising down K Street in Sacramento one Saturday night with some of his Air Force buddies, he met a girl who later set him up on a blind date with her friend Eileen McCormick. Bobby and Eileen married in 1955. While Eileen taught school and had babies, he enrolled in Sacramento State College on the GI  Bill and studied civil engineering

Bobby John was now Bob. Southern traditions gave way to the West Coast style. He worked in construction, building roads and bridges. First for Teichert Construction in Sacramento, Santa Rosa and Truckee, and later Helms Construction in Reno. Bob convinced his employers that he needed a pilot’s license to travel to remote job sites. He was now able to live his dream of being a pilot and worked his way up the pilot ratings until he was certified to fly a Super King Air for Helms. He was like a kid with a new toy. Unfortunately flying was too expensive of a hobby in his retirement and he was forced to give it up.

Retirement was quiet. Never one for traveling, he spent his time puttering around the house and yard: creating the greenest lawn in the neighborhood, taking daily walks, and chatting with all the neighbors. He also enjoyed hunting pheasants with his lifelong friend Bob Massa in the rice fields around Sacramento.

Bob Morrison passed away quietly in August 2022 with family by his side. He was 90 years old.

He is survived by his wife of 67 years, Eileen Morrison, his sons John, David, and Tim, and his 7 grandchildren.

Thanks for all you gave us Pop, we miss you.