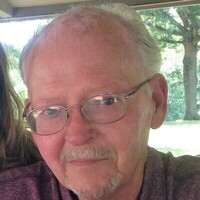 Funeral services  were Monday, Aug. 29, in the Martin Willingham Memorial Chapel of Wells Funeral Home with the interment to follow at Forrest Memorial Park in Batesville.

Roger was born on Oct. 23, 1950, to the late Charles Vernon Baldwin and Mary Jane Yancy Baldwin in Sunflower County. He worked as an engineer in maintenance and production. Roger loved being outdoors whether he was hunting or fishing, but he most enjoyed shooting dice and playing craps with his friends.

Along with his parents, he is preceded in death by his wife, Glenda, his daughter, Tiffiney Moore of Oxford, his sister, Rene Armstrong, and two brothers, Smoky Baldwin and Bo Baldwin.