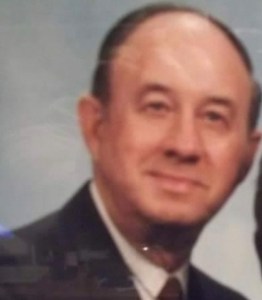 John Floyd McCachren, 87, of Batesville,  passed away on Friday, June 3, 2022, at Baptist Memorial Hospital-North in Oxfor. John was born on February 3, 1935, in Tallahatchie County, to Jesse and Floyd McCachren.

He was an active member of Victory Baptist Church in Batesville. John was employed with Sardis Luggage Company, where he was a supervisor, until his retirement, after twenty-three years of service. He was a man of his word, who never complained nor raised his voice. He never met a stranger and was a friend to everyone. John will be remembered as a man of integrity and a devoted husband, father and grandfather.

A Celebration of Life service will be held at 2 p.m., on Monday, June 6,  at Victory Baptist Church in Batesville. Visitation will be held from 1-2 p.m., at the church, preceding the service. A private (family only) interment will be held at Batesville Magnolia Cemetery.

In lieu of flowers, memorials may be sent to the charity of the donor’s choice.

Dickins Funeral Home is honored to be entrusted with arrangements.