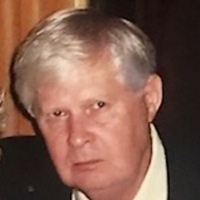 John Gibson, 79, passed away peacefully at his home in Courtland Tuesday, May 24, 2022. He was the husband of Mabel Gibson.

There will be a memorial service held to celebrate the life of John at 2 p.m. on Saturday, May 28, at Hosanna Family Worship Center in Pope.

John was born in Columbia, South Carolina on July 29, 1942 to the late Carl Gibson and Edell Voila Plexico Gibson. It was in South Carolina where he met his wife, Mabel Kirk Gibson. The couple raised two daughters together and were married for 54 years before John’s death. John proudly served his country in the U.S. Navy for four years and the U.S. Coast for twenty one years before retirement.

John was also a retired jeweler. John enjoyed cruising the great wide ocean with Mabel. He was always on the hunt for some good flea market finds. John was a member of Hosanna Family Worship Center where he served as a deacon.