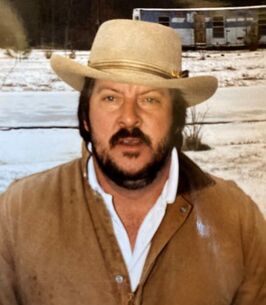 In 1969, he was drafted by the United States Army and attended basic training at Fort Campbell, Kentucky. He was later transferred to Fort Polk, Louisiana, where he received instruction in expert jungle training. He served as part of the 23rd Infantry Division, “America”, and manned as a gunner on a UH-1 Huey. Tommy served his last duty assignment with the 23rd MP company. He returned home after honorably serving his country for one year, eight months, and twenty-eight days.

After returning home in 1975, Tommy received his CDL. He became a member the Teamsters Union and later retired, after thirty-two years of trucking. Tommy enjoying his retirement by helping others, spending most of his mornings at “the round table” at the Pope Cafe, and helping Benny Rebstock with Eclipse and his other horses.

A Funeral Service will be held at Dickins Funeral Home in Batesville, MS, on Wednesday, April 27,  at 2 p.m., with visitation from noon to 2 p.m. Interment will be at Shiloh Cemetery on Avery Road in Courtland (Tocowa).

In lieu of flowers, the family requests donations made to the Shiloh Cemetery Funds.
The staff of Dickins Funeral Home is honored to be entrusted with arrangements.