The Legend of the Dogwood Tree 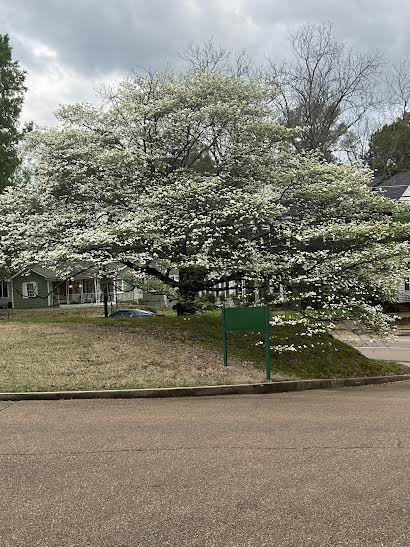 The dogwood tree was once large, like an oak tree, and its wood was strong and sturdy. According to the story, it was the dogwood tree that provided the wood used to build the cross on which Jesus was crucified.

Because of its role in the crucifixion, God both cursed and blessed the tree.

God decided to transform the dogwood so it could never again be used for a crucifixion. From that point on, the tree was never again a majestic, strong tree. Rather, it became a small tree with thin and twisted limbs.

Jesus was taken down from the cross and planted in a tomb. Three days later he arose from the dead. At the same time, the dogwoods in the forest, which had never bloomed before, burst into bloom.

It has continued to bloom every Easter for more than 2,000 years.

While the dogwood tree never again took part in an execution, it is still said to carry the marks of Jesus’ crucifixion.

Its four large petals represent the cross he died upon. The four corners are marked in brownish red to represent rusty-like nail holes mingled with blood. As the flower ages it often becomes speckled with blood-like splatters.

In the center of each flower is a greenish yellow circle that represents a crown of thorns.

In the fall the foliage of the dogwood changes color and it seems to be wearing a purple robe like the one the Lord did as he walked toward Golgotha.

And finally, the blooms turn into glossy red berries that represent glistening drops of blood.

Photo: This large dogwood on First Security Bank property recently came into bloom. Motorists coming and going to the Batesville Square using Eureka St. have enjoyed its beauty for many years. (Donna Traywick)