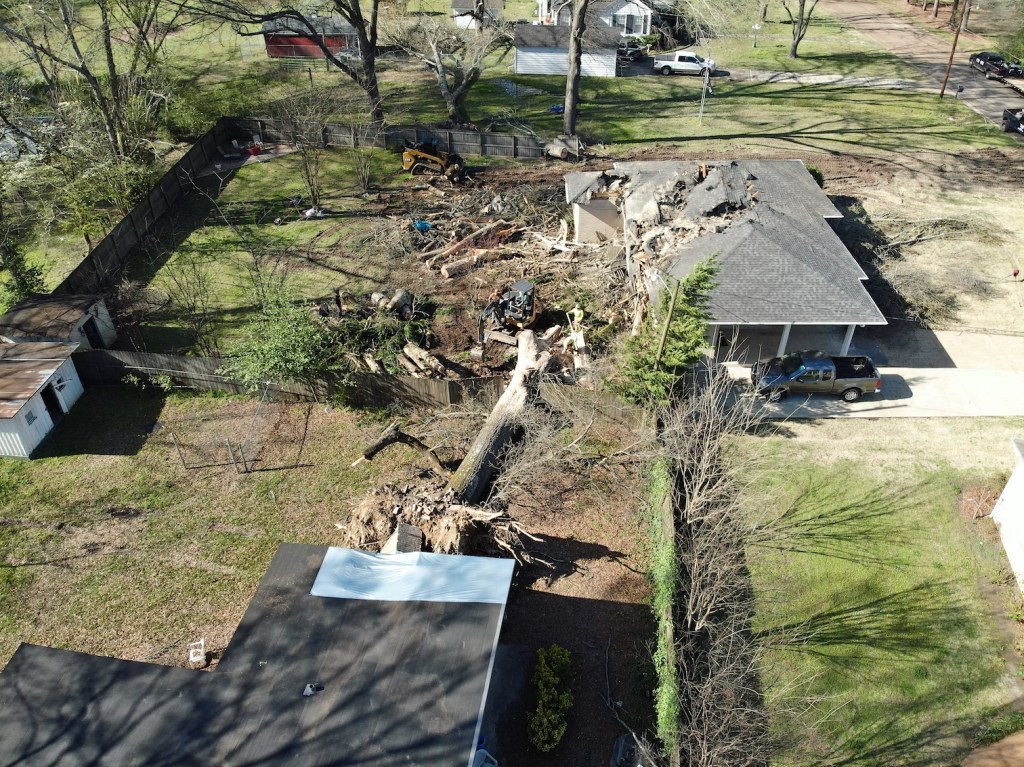 County work crews spent much of last week hauling limbs and cutting up trees downed during the March 30 tornado and straight line winds that swept through east Panola. They plan to make one final swing through the Central Academy and Como areas to collect debris.

Supervisor Chad Weaver, whose District 4 suffered the brunt of the storm, reported to fellow board members that many of his constituents in the Mt. Olivet and Central Academy areas are still cutting up trees and stacking debris on roads for pickup.

Weaver asked Road Manager Bruce Cook to schedule additional pickups later in the month to give residents more time to get their properties cleared and limbs placed on the road. “I know we have to move on and can’t keep doing this until Christmas,” Weaver said.

Cook agreed, and said his department had marked off days in the last week of April to go through those areas again for final debris collection.

“Once we make this second swipe we’re not coming back,” Cook said.

Cook also reminded supervisors they should be relating pick-up information to homeowners in their districts, specifically that during storm clean up the county will not be collecting any debris from regular spring pruning.

Because the county hopes to recover some of the money spent on storm cleanup from state and federal sources, Cook said every load collected and put in the landfill must be accounted for.

“The limbs we are picking up and taking to the landfill have to be coded as storm damage,” he said. “It can’t be anything but limbs from the last storm and from that date only.”

In other Road Department news, Cook reported that $324,325 (materials and man hours) was spent on roads, ditches, and bridge work in the month of March.

The department closed out 28 residents’ requests during the month and currently have 22 open requests.