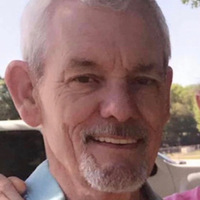 A memorial service for Bryant will be 11 a.m. Saturday, April 23,  at Hope Church of God in Oakland.

Bryant was born Sept. 27, 1955, in Panola County  to the late Emmett Millard and Rosemary Hudson Davis. He was a retired postal worker from the United State Postal Service.  Bryant was an active member of Hope Church of God, where he was instrumental in their church video production, along with, helping other local churches set-up their video systems. He was an expert bee keeper, and enjoyed collaborating with other bee keeping friends. Bryant was also a fixer of all things. If he didn’t know how to fix something, Bryant would study the project and eventually figure out the solution. He also enjoyed 3-D printing and assembling his creations.

Along with his parents, Bryant was preceded in death by his daughter, Victoria Davis and one brother, Bobby Wayne Davis.