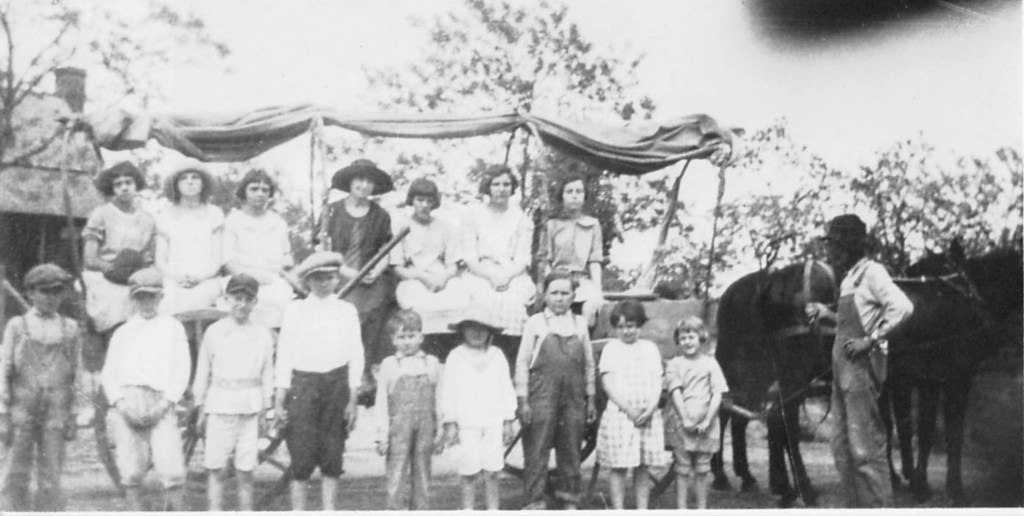 Those of us in the Mt. Olivet community are still in shock and at the destruction the tornado left last Wednesday. We thank God no lives were lost, but Highway 315 and Mt. Olivet Road both looked somewhat like a war zone.

I hope no one complained about the power outage although it was inconvenient. I had to cancel a piano lesson because I just didn’t think we could play in the dark. The power people and the highway department worked tirelessly around the clock and made tremendous progress, but the destruction was so great that it will never be the same.

The beautiful two story house on 315, known formally as the Phelps house, had a for sale sign in the driveway for a short time, and I noticed last week the sign was gone. After the storm there were eight or ten large trees totally blocking the picturesque drive. When the rescue people came to check on the occupants they found a gentleman surveying the damage.

He told workers he had just bought the house last week. I hope he found the community to be very hospitable.

Tales are told of strange things people grab when they are told to evacuate their homes in a hurry. I began to think about what I would take if told to leave immediately. Of course every woman would grab her purse and medicine.

To dialysis each week I take my Bible, several books, and pen and writing paper to keep myself busy for four hours. So I know at least those things will fit in my purse.

While looking through old pictures recently I began to reminisce. There were lots of photos from our horse showing days. We had as many pictures of our show horses as we did people. My, how we babied those animals.

My favorite was a beautiful sorrel quarter horse named My Sugar Tornado, nicknamed J.R. He was raised and trained by Dee Ann Liles in Sardis.

I have also started going through some of my sister’s old pictures. It is moving to see her collection. If I could please impress one thing upon you, dear readers, it would be to write the name and dates of who is in each photograph.

Everyone knows how I love to collect old photos of people and places in Panola County and especially Mt. Olivet and Black Jack.

In the photo it’s amazing to see how well the children are dressed. Also notice the cloth covering for the wagon, which appears to be burlap. I wonder what they did in the rain and snow?

I showed the picture to my nine-year-old twin neighbors and they both said it would be fun to go to school in a mule bus.

Ponder this thought from Satchel Paige, who played Major League Baseball from 1948 to 1965, and did not have proof of his date of birth: “How old would you be if you didn’t know how old you really are?”