Mayor, board remain at odds 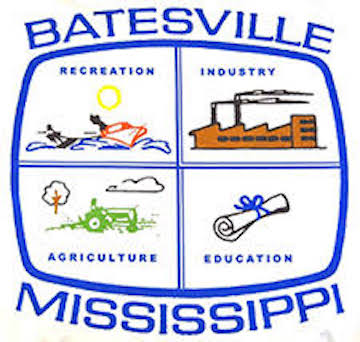 The ongoing sparring match between Batesville Mayor Hal Ferrell and the city council continued last week with each side landing punches – the aldermen further tightening the rules about who may speak at board meetings, and the mayor scolding the aldermen for illegally conducting business and violating state law in the process.

Tensions were at their normal elevated level for a city board meeting, this time caused by Ferrell’s veto of a previous board order that specified new rules, namely that any outbursts or disorderly conduct would not be tolerated and that any person wishing to speak to the board is now required to have their name on the agenda prepared before the meeting.

Ferrell, who called the order “egregious” filed his veto two weeks ago after aldermen passed the order by a 5-0 vote earlier this month. Last week, upon hearing the mayor’s objection, Alderman Bobby Walton changed his mind and voted nay when the motion was made to override the veto.

That motion passed 4-1 and the veto was canceled.

Part of Ferrell’s objection to the stricter meeting rules was that board members often need to hear reports, or advice, from different offices and individuals and those people couldn’t speak at meetings without prior approval and agenda placement. The mayor also said the need for rules governing outbursts and conduct were unnecessary because there had been no such activity.

Aldermen responded with a second order at last week’s meeting, the motion made by Stan Harrison and seconded by Dennis Land, that listed several offices given carte blanche approval to speak at meetings whenever recognized by the mayor, who is the official governor of city board meetings by state law.

The motion passed 5-0 and these are the offices who may speak without prior agenda placement: Panola Partnership, North Delta Planning and Development District, Mendrop Engineering, Panola County Board of Supervisors and department heads, all state and federal legislators representing any part of Panola County, any person engaged in contractual business with the City of Batesville, and Panolian editor Jeremy Weldon or his proxy.

Ferrell called the additional motion “absolutely ridiculous” saying there was no need for the order, and its passage would have no bearing on future meetings.

The second order was likely aimed at stopping any dissent from audience members during meetings, unless called on by the mayor to speak. Earlier this month the president of the Panola County NAACP and a newspaper reporter from Mississippi Free Press in Jackson, openly questioned aldermen about a vote to take bids on street light repairs at Trussell Park.

Neither woman was on the agenda and board members later said their questions were out of order and caused a disturbance to the otherwise mundane discussion. Both were questioning why Trussell Park lighting was being addressed without similar concern for Patton Lane Park.

Public Works Director David Karr told the board and audience that Patton Lane lighting was being considered for a project aided by TVEPA, and general bids were not taken until the city determined how much assistance the electric power cooperative might provide.

Also during the meeting Ferrell questioned Andy Berryhill, the city’s Chief Code Officer, about the status of a problem brought to the board’s attention last month concerning a violation of building codes that occurred in a residential neighborhood.

A married couple came to the board several meetings before asking for forgiveness for violating the codes and asking aldermen to give leniency after the fact to clear up the matter. In short, the couple replaced a carport on their property without getting a permit or providing the required survey.

Berryhill reported the matter to the board, and the couple also appeared before the council. Berryhill said he had no problem with signing off on the project, although completed in violation of city codes, with the permission of the aldermen.

At the time, board attorney Colmon Mitchell said the board was free to pass any order they saw fit, but reminded them that laws governing codes and construction are clear and the city actually lost a lawsuit years ago that had some similarity.

At the time the board voted to table the matter for further review and it had not been mentioned until Ferrell made his inquiry last week. When asked in open meeting, Berryhill told the mayor he had issued the final paperwork when he was instructed to do so by telephone call.

“Who called you?” Ferrell asked.

“Stan,” Berryhill replied, adding that he was told the other board members agreed to allow the infraction to pass with no further action.

Ferrell chastised the board, reminding them that circumventing open meetings laws and making decisions over the telephone is illegal. The mayor said he agreed the decision was probably the most practical solution, but sets a precedent contrary to the spirit of open government.

Ferrell also reminded aldermen they had called a rare Saturday special meeting soon after he was elected with the intent of embarrassing him for giving city department heads specific instructions without going through the whole board for approval.

While all discussions, at least public ones, have been civil and without personal attacks, the friction between the mayor and aldermen is widely known and recognizable to the cause observer.

That friction has likely led to the current normal of the City Hall boardroom being filled with members of the general public since Ferrell’s election last summer. The board is scheduled to next meeting on Tuesday, April 5, at 2 p.m.