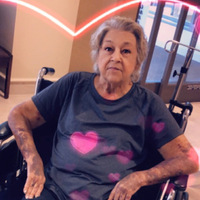 Funeral services were Wednesday, March 16,  in the Martin Willingham Memorial Chapel of Wells Funeral Home with the interment at Forrest Memorial Park in Batesville. The family and friends gathered for visitation prior to the service.

Maxine was born May 18, 1948 in Batesville to the late Wesley Frederick and Lauena Mooreland Tramel. She was a homemaker that enjoyed sewing, crafting, being in the outdoors and cooking. She was also an avid gamer on her iPad and loved all animals.

She leaves behind her son, John McCollum of Sardis; brother, Wesley Terry Tramel of Batesville; four grandchildren and six great-grandchildren.

Along with her parents, Maxine was preceded in death by her husband, Johnny Lester McCollum.