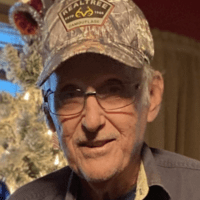 Funeral services will be 2 p.m. Tuesday, March 8,  in the Martin Willingham Memorial Chapel of Wells Funeral Home with the family receiving friends beginning at noon prior to the service. Pastor Jimmy Smith will officiate.

Ed was born in Marks on Nov. 8, 1942 to the late James Walter Willis and Ola May Jones Willis. Ed worked for Panola Mills and retired from Insituform Technologies, where he was a machine operator. After retirement, Ed enjoyed working on cars, cutting the grass and working in his yard. He could often be found watching Fox News and doing a little fishing. He was the kind of person who would do anything for anyone who needed help. He was known to be a great cook. Most of all he enjoyed spending time with his family and particularly his grandchildren.