Five dollars for the music, five for the hustle 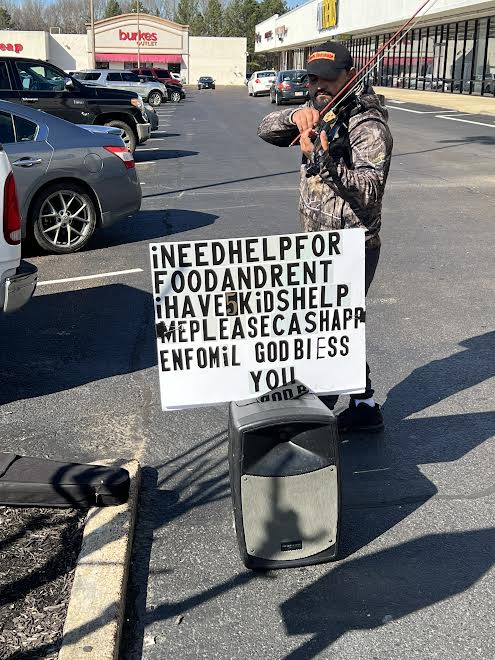 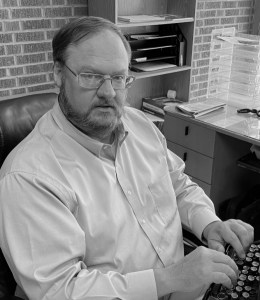 Members of the Old Curmudgeon Club, and I’m a card carrier, aren’t easily amused and have little time for the antics of those not in the OCC. So it was a pleasant surprise to run across some amusing antics this week, even if it did cost ten bucks.

It was Monday afternoon in the Kroger parking lot when my ears were filled with beautiful classical music, not the stodgy kind they used to have at the Orpheum, but something upbeat and stirring.

Astonishingly, it was a Hispanic gentleman set up near the store with a sign asking for money and a speaker that was sending wonderful music across the parking lot. He had a violin on his shoulder.

People with signs asking for money are common sights in our area, especially in DeSoto County and Memphis, but never had I seen this approach.

Here, I thought, was a classically trained violinist, perhaps a little down on his luck, performing a free concert and asking for donations to help him through a rough patch. What a novel approach to panhandling, and one I frankly could respect, even if it violates some of the rules of the Old Curmudgeon Club.

The editor’s duty is to investigate anomalies in our fair city, so I circled back and went up for a chat. His enchanting music and fresh take on asking alms had touched me, and a crisp five dollar bill was destined for his little bucket.

Upon approach he relaxed his bow to smile and say that he couldn’t speak English. He said this in perfect English and it was quite evident he was fibbing about his language skills. Nodding okay, I asked if he would allow a photo for the newspaper. He grinned big and said yes sir, thank you.

The music, mind you, was continuing to engulf and lift my spirits. Before I could walk away two cars stopped and the drivers handed cash through the window asking me to drop their donations in the bucket. Everyone was enjoying this magnificent sound.

Then it hit me. The music had kept playing when the violinist stopped to tell me he can’t speak English and then to say thank you.

The music, I surmised, was coming from a small synthesizer type device behind the speaker. His violin was indeed an electronic instrument, but the music coming from the speaker wasn’t from that violin, at least not the majority.

Maybe he was actually drawing the bow across the strings to add to the music, and maybe not. The point is that he sold it. He would scrunch up his face and make violin-type movements in time with the music, but his cover was blown when the nosey editor started asking questions.

What a remarkable ruse!

I was so impressed that another five dollar bill was added to the bucket. How refreshing to see someone take the initiative to find a better way to make a dollar. Sure, he was panhandling and it’s against the law, but even old curmudgeons can appreciate the ingenuity of his scheme.

Here was a fellow not content to make a cardboard sign begging for money. That’s the loser’s way. This guy took the time to give his clients, or suckers, something for our money.

What a joy to meet someone going the extra mile, or using brainpower to solve problems, finding a way to stand out from the crowd and ultimately accomplish their goals. No doubt the police ran him away, but I’m rooting for him wherever he sets up next.

Old Curmudgeon Club tenets require me to be appalled at the audacity, but I’m just fine knowing that I was duped out of five dollars – the first fiver was a scam, but the second one was gladly donated in appreciation of his clever approach.

We can only wish others in our society, the pissants that try to ruin the public picnic, would see opportunity rather than platforms for complaints and complacency.

Speaking of which, finally, my sincere thanks to all who sent texts and emails last week poking fun at the nonsense posted on Facebook by an aggrieved reader. A fellow in town threw a good tantrum about the newspaper, saying it wasn’t worth a plug nickel (how original!) and the content is not interesting.

He wanted something he wrote printed, best I can tell, and thought the Mayor could help him with a problem about public meetings times. Who knows. I regarded the whole matter the same as when an unruly child runs around a restaurant blabbering and embarrassing his parents.

Surely, I remind myself, the child will one day grow up and stop running around making a racket even as some mental midgets remark about his cuteness.

Anyway, I heard from my favorite professor, several elected officials, and lots of others who had suggestions for a response, and I enjoyed the good natured ribbing.

They both make noise, but I have lots more respect for fake violin players than petulant children. It’s probably an old curmudgeon thing.