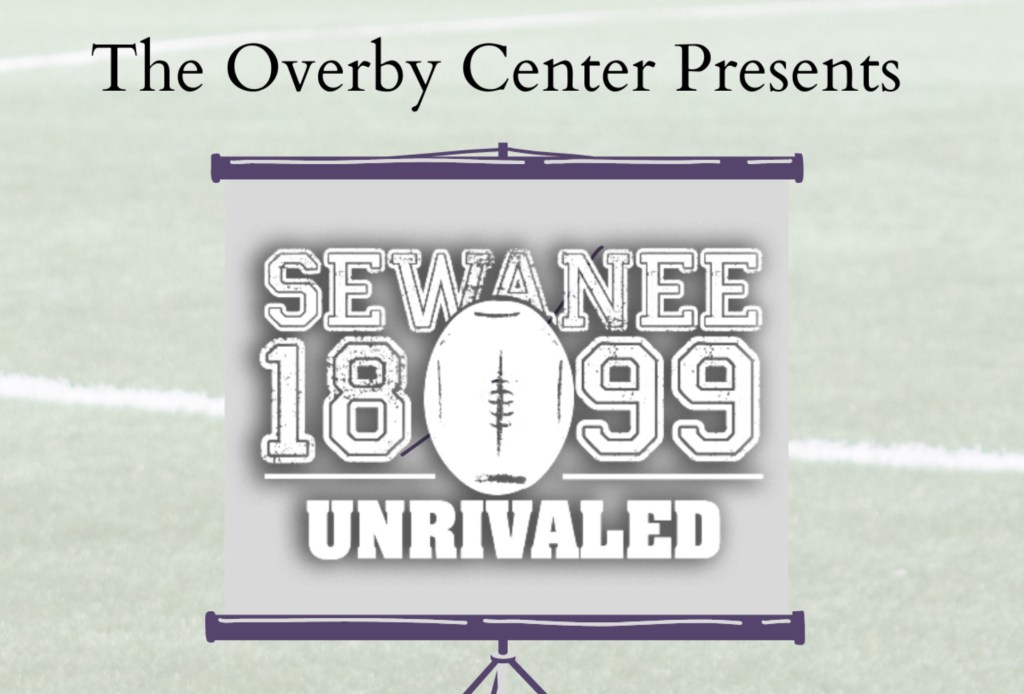 A new film, Unrivaled, chronicles what may well be the rarest and most remarkable football season in collegiate history. A 25-minute portion of the 90-minute film will air at the Overby Center on Feb. 22 at 5:30 p.m. followed by a discussion that Charles Overby will lead with Ole Miss Athletic Director Keith Carter along with the film’s directors.

In 1899 an ambitious college student at Sewanee, a small mountaintop university in Tennessee, crafted the first 12-game football season in the South. That student, Luke Lea, put together the most grueling road trip in football history. Sewanee played five games in six days traveling by steam locomotive to beat Texas, Texas A&M, Tulane, LSU, and Ole Miss. Lea would later become one of the youngest U.S. Senators in U.S. history and go on to own the Nashville Tennessean among many other accomplishments.

This astonishing season is told in the documentary film Unrivaled. The film captures the rich history of this era of American life and of the early days of college football when a field goal and a touchdown had equal value – both worth five points.

The film was produced and directed by David Crews of Oxford and Norman Jetmundsen of Birmingham who spent five years researching, filming interviews, and telling this riveting story.

Among those interviewed in the film are legendary football coaches Nick Saban, Vince Dooley, Bobby Bowden, and Johnny Majors, each of whom won a National Championship. Historian Jon Meacham and football analysts including Tony Barnhart of SEC Network and Kirk Herbstreit of ESPN’s College Game Day provide insight and perspective on this rarest of football seasons.

This program is the first of five discussions scheduled at the Overby Center this spring. The full schedule will be announced soon.