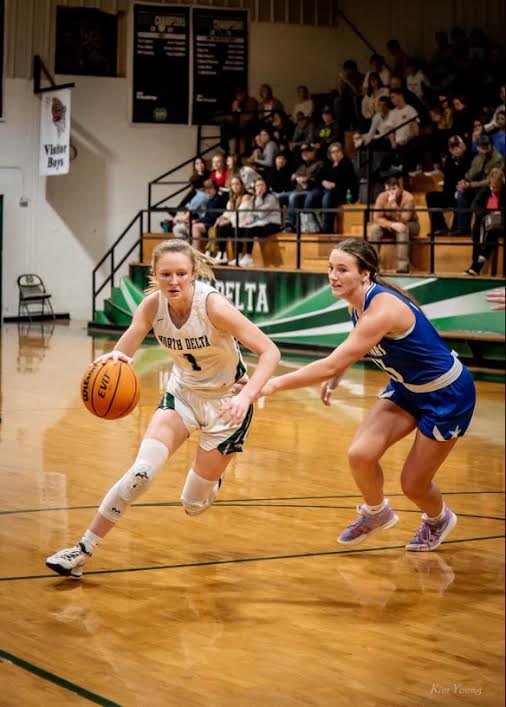 Playing in front of a sea of Green and White home fans, the North Delta School Lady Green Wave pulled off a huge 35-32 thrilling win over Winona Christian in the first round of the MAIS 4A North State tournament Wednesday.

North Delta will open the semi-final round tonight on their home campus against Oak Hill Academy from West Point. There are earlier games, and the Lady Wave and Lady Raiders are expected to start about 6:30 p.m. The game can be watched live on the undefinedradio Facebook page.

North Delta (20-10) entered the tournament as the No. 4 seed from District 1 while Winona Christian(22-5) was the district two winner.

Libby Miller knocked down two free throws with 23 seconds to give North Delta a 33-32 lead. After a Winona missed shot, Shelby Boone iced the game with a pair of free throws with 5.1 seconds remaining. Winona had a shot to send the game into overtime but a three point failed to fall at the buzzer.

The championship game for the North 4A State will be at 2:15 p.m. Saturday. The consolation game will be at 1 p.m.

The top four teams will advance to the 4A State playoffs to be held at Winona Christian School.