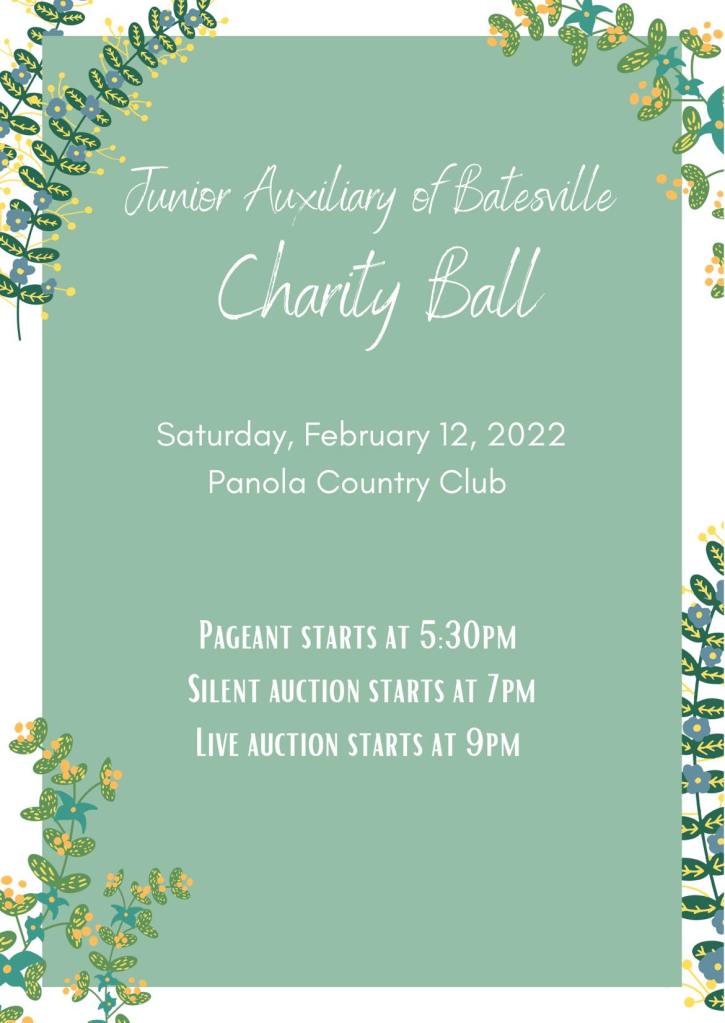 Junior Auxiliary of Batesville will have its annual Charity Ball this Saturday, Feb. 12, at Panola Country Club.

Charity Ball is a major fundraiser for Junior Auxiliary and funds raised during the event are used for a variety of projects throughout the year for the children of the community.

The clues for this year’s royalty are listed below.

Last year’s King and Queen, Chris Smith and Rosemary Womble, will hand over their crowns and the royal scepter on Saturday.

Entertainment will be provided by Twin Soul, a popular party band from Oxford.

Here are the clues for this year’s Royal Couple:

Our King was a Civil War re-enactor and was in the HBO movie Frank and Jessie with Rob Lowe, Bill Paxton, and Randy Travis.

He helped his father start a volunteer fire department, first responder, high angle rescue and search and rescue department in their rural town from ages 14 to 17.

The King is a graduate of Mississippi State University.

Our Queen is a Delta State University graduate and has won Teacher of the Year twice.

You can always find her cheering for South Panola High School Fastpitch softball.

Showoff on the Square slated for April