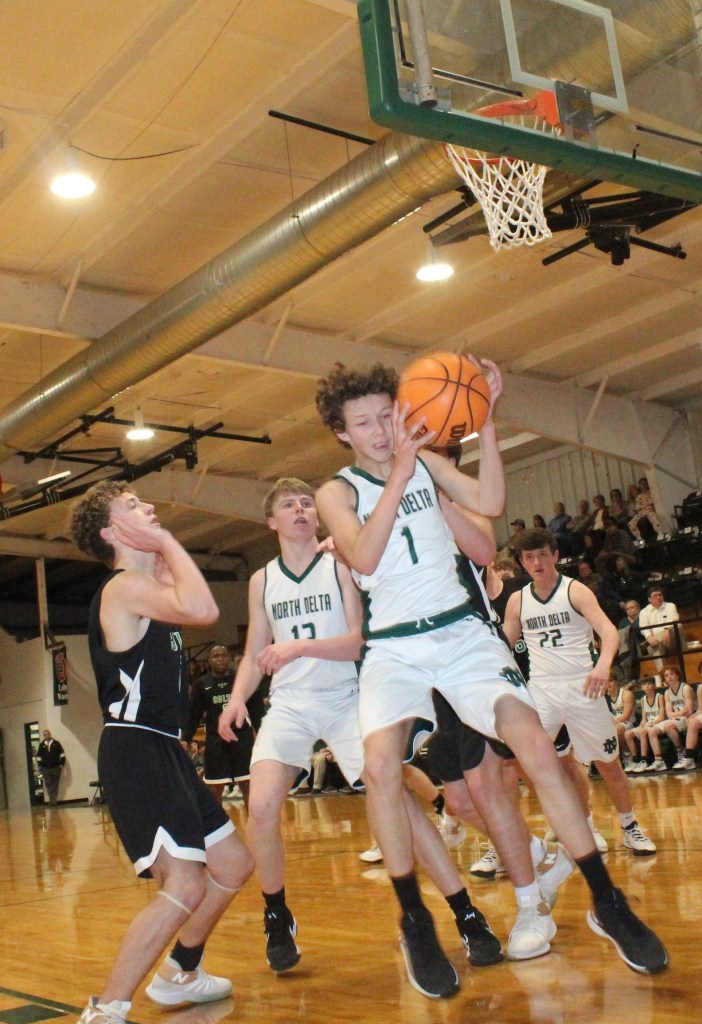 The North Delta School had a busy week on the hardcourt picking up wins last Tuesday (Jan. 18) then taking two-of-three district games at home against Clarksdale Lee and Oak Hill Friday (Jan. 21). They wrapped up the week with wins on the road at Marshall Saturday (Jan. 22).

Due to Covid cases and players out of town, the varsity boys did not play last week.

Unlike their first meeting Dec.10 when Marshall defeated the Lady Wave on a free throw at the buzzer, the roles were reversed as North Delta came away with a 48-47 victory on Libby Miller game-winning free throw with .09 seconds left.

The junior high Lady Waves bounced back from a tough loss the previous night to Oak Hill with an easy victory over Marshall. AK Wolfe led all scorers with 15 points followed by Cadie Coker’s 13 points on four three pointers.

The Lady Green Wave extended their winning streak to four games with a home victory over the Patriots. Boone led all scorers with 20 points while Brewer and Miller added eight each. Sophie Williams added four while Ellie Gray supplied two and Wells with one point.

In a battle for first place in the district, Oak Hill avenged their lone loss of the season with a close win over the Lady Wave. Emma Brown paced North Delta with 11 points with Cox adding nine. Taylor finished with five followed by Coker and Wolfe with four each. Jada Bryant garnered two points in a losing effort.

Owens Johnson scorched the nets with 19 points to help guide the Green Wave to the lopsided victory. Baker chipped in with 16 points as Tucker Bryant and Gage Bryant finished with seven and six points.

The most exciting  game of the night came down the wire as the junior high Lady Wave withstood a fourth quarter charge by Lee to remain undefeated in district play.

The Green Wave’s lone point of the period came on a free throw by Cadie Coker with 20 seconds remaining to seal the victory.

The Colts led 19-16 at halftime before breaking the game open in the second half with a 14-4 sprut in the third quarter. Owens Johnson paced the Green Wave nine points while Kolby Baker added seven.

North Delta led wire to wire while playing one of its best defensive games of the season, holding the Fillies to eight points in the second half and seven field goals on the night.

North Delta led 33-17 at the halftime break before cruising in the second half.

Shelby Boone led all scorers with 18 points on 9-of-13 shooting from the floor while Libby Miller provided 15 points on three three-pointers.

North Delta was scheduled to visit Kirk Tuesday (Jan. 25) to close out district play before hosting DeSoto (AR) Friday in a pair of varsity games only beginning at 6 p.m.

The junior high teams start the district tournament today at Kirk Academy with the championship game set for Saturday.