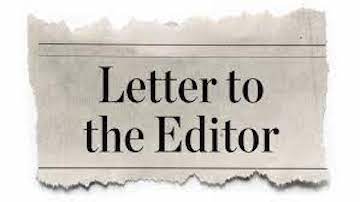 The road work for the east Panola county Dollar General on Highway 6 is proceeding willy nilly.

In my opinion the flashing lane closure sign needs to be further back up the hill. If a large number of vehicles top the hill bunched up and there is not room to merge to one lane, I am concerned there will be an accident.

Just my opinion, but then there is a chance for the first accident associated with the new store to happen before things really get started.

Meanwhile, a quarter mile to the west, the extended J intersection that was supposed to be a temporary fix has been in place over two years. In the beginning when someone hit  the plastic pipes, they were repaired in a couple of days.

Over time the repair delay stretched out to several months with broken pipes, broken mounting bases and the fasteners that held them to the road laying about ready to damage tires and vehicles.

Someone keeping score may say that it must have worked. Look, the number of accidents was reduced to __ (a number I don’t have privy to). But I am betting the number of times that vehicles hit the poles is not included in the count. In some cases there have been multiple instances in a 24 hour period.

Typically the time between repairs and the next collision with the pipes is less than a day.

In the dark, and to people not aware of the unique situation at this place in the road, the white poles in the east bound lane look simply like a white line on the edge of the road. The reflective tape placed on the tops of the pipes just doesn’t cut it either.

All in all the intersection remains an eyesore that looks like it was carried over from the last century.

I don’t think it takes over two years to decide how to revamp an intersection to be safer. MDOT has only to look up and down US 78, US 72, US 80, or US 82 to see examples of how intersections should be designed.

The first change that comes to my mind is the removal of the RED and WHITE  “WRONG WAY” sign that obscures traffic coming from the east.

My laser range finder puts the sign at about 200 feet from the drivers of vehicles in the median seeking to cross. Westbound vehicles traveling at highway speeds, in the left lane, emerge from behind the sign about 2 seconds before getting to the intersection.

I witnessed an accident at the intersection before the poles were erected and called MDOT about this sign. I was told that there was a federal requirement for the sign to be there.

Just to satisfy my curiosity, I took a drive to Oxford and back. I found NO signs like this in Lafayette County and I also found that the signs are not found at all the intersections on Highway 6 in Panola County. They looked to me like they were almost installed randomly.

This leads me to question the federal requirement explanation. I believe this sign should be removed and that it has played a role in more than one accident here.

The second thing that seems to be sorely needed is the installation of infil/exfil, merge/exit, accel/decel, or whatever the preferred name is, so that drivers can align their mirrors with the oncoming traffic.

This situation is exacerbated by the fact that the road aligns with the sun coming over the horizon during rush hour periods and obscures merging drivers view.

For the installation of these lanes MDOT will have to move some dirt to create enough shoulder to host the lanes. They also need to be long enough to allow vehicles merging onto the Highway to build up to highway speed.

The Hotophia Creek bridge might be a concern, but it needs to be addressed. The present design also requires looking over your shoulder 135 degrees to see oncoming traffic. This is nearly impossible for stiff elderly  people to accomplish.

(The problem is even worse at Good Hope Road because of the angle of the roads at the intersection.)

Other improvements that come to mind to create a safer intersection are: installation of stop signs in the median, widening of the pavement in the median so there is a left turn lane and a straight across lane, addition of flashers….

In my opinion, it is time for MDOT to quit procrastinating and get to the business of making the intersection safer and more efficient.

This is a major intersection which is fed from miles around by many secondary roads and deserves to be treated as such. Emergency vehicles use this intersection, Highway patrol and sheriff cars use Terza road to respond to calls.

Vehicles from near and far use Terza Rd. to access the recreational facilities at Sardis Lake. This community should not be treated as an afterthought with our gateway burdened by an unmaintained eyesore.

Let’s get this intersection fixed the way it should be and quit putting it off. We have been waiting over two years and that is more than enough.