Redistricting history in Panola County has some interesting tidbits 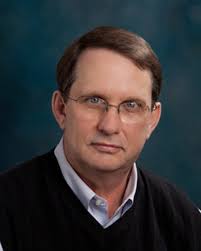 The Mississippi Joint Legislative Redistricting Committee held a meeting in November to consider its recommendations to the full Legislature on the redistricting plan for the state when the 2022 session begins in January.

It is the committee’s first meeting since holding public comment hearings around the state over the summer.

Who was aware of this? I am a news junkie and it slipped my news feeds.

While many, maybe most, are being bombarded with national and state hot button political issues, another powerful political tool is being overlooked by most. It is redistricting.

Redistricting comes about following each 10-year census if populations shift, making voting districts too small or large to adequately conform to the “one man, one vote” rule, meaning every vote is equal. If the district’s populations remain in the same proportion, there is usually no need to redraw boundary lines.

Federal, state, county, municipal, and even school districts are all required to keep the lines legit.

But if lines are moved, they usually favor incumbents or the public bodies charged with drawing lines. Gerrymandering (practice intended to establish unfair political advantage by manipulating boundaries) often occurs in the incumbent’s or ruling party’s favor.

I live in southeast Panola County. My state senator lives three counties to the south.

My South Panola school board member resides near the western edge of the county. A finger-like slither of his district reaches clear across the county to include  a narrow swath of residences near the eastern county border.

My U.S. Representative’s district includes the large landmass known as the Mississippi Delta, but has expanded further into the hills of Mississippi during the last two decades.

The common thread with all this is, at worst, race, and, at best, partisanship. But probably a little bit of both.

In U.S. District Two where Democratic U.S. Representative Bennie Thompson represents a notable majority of the African American population, outward migration has shrunk resident numbers for some time now. Expansion of that district to make population numbers equal to other districts has gone east to the Mississippi hill counties such as Panola. These counties that border the Delta don’t have the Republican strongholds found to the north in DeSoto County and to the south in the Jackson suburbs.

In the 1980s Panola’s two school districts were forced to divide into five sub-districts each when threatened by lawsuits. Prior to then trustees were elected at large with one member of the five member board  elected each year to a five year term with all school district citizens eligible to vote.

Only one African-American, the late Leonard Morris, had been elected to that district board under the former system.

Lines were approved by school board members in the 1980s assuring that South Panola with a 50/50 ratio of black/white students would have two majority black sub-districts guaranteeing at least two African Americans could be elected, alleviating the threat of lawsuit. The late Joe Gardner won that election while Morris had already been elected before lines were drawn under the previous at large system.

Current State Senator Lydia Chassinol’s District 14, which includes a small section in south Panola County, takes the shape of a . . . I can’t even imagine.

White/Republican and black/Democrat incumbent legislative districts will remain safe for their respective parties. Gerrymandering protects the party but makes me believe it doesn’t always serve the citizens’ best interest.

Following the 1980 census redistricting, Panola County’s District Two Supervisor Robert Avant was given additional black voter residences in his district. That pleased the incumbent Avant who would later become president of that board. The alternative was to put more blacks into Supervisor District Five where the late David Ross Craig served as president of the supervisor board and died while serving.

But it’s not always about race.

During one redistricting session District 5 Supervisor James Travis made sure new lines in his district did not include a potential and popular opponent Calvin Mangrum who was also a member of his church. The line was moved across the street to exclude Mangrum’s residence. Mangrum then ran successfully for Batesville Alderman.

And a years-ago conversation with the late Circuit Clerk Joe Reid revealed, although unconfirmed, a neighboring legislator who was an attorney, had offered a redistricting plan for judicial lines to exclude every lawyer within Batesville’s city limits so that he could run for Circuit Judge without a Batesville opponent.

If you don’t think redistricting is important, realize that Panola County, during its most recent “boom economic years” of the mid-1990s through 2005, had two representatives and one state senator living in the county, all with notable connections in Jackson. One of those connections was Ronnie Musgrove who served as Lieutenant Governor then Governor and was also from Panola County.

That group, with the help of local elected officials and business leaders, was able to move interests both in Jackson and Washington. At the same time Panola County was represented on the extreme west side by U.S Representative Bennie Thompson with Panola Supervisor Robert Avant having a direct link to his office. To the east then U.S Representative Roger Wicker, now U.S. Senator, was moving up the political ladder and was eager to please his constituency in Panola.

Needless to say, things got done.

Now only one Representative claims Panola County as home as new lines eviscerated Panola following the last redistricting. Three members of the Mississippi Legislature that represent Panola County in parts of their districts live in other counties.

On the upside is Panola Partnership Executive Director Joe Azar, a proven networker who identifies with all Panola County’s legislative group as well as neighboring lawmakers. He takes the glass half full approach and notes that having more legislators representing Panola, even if they don’t live here,  is sometimes advantageous.

Meanwhile those really interested in local activities need to know that some local board, be it legislative, municipal, school district or county, may soon make decisions that affect what district your vote is cast in, whether county, legislative, schools, judicial or municipal.

Don’t expect to be notified. You’ll probably have to ask. I’ve been to dozens of these public meetings. The prospective lines, if changed, will be drawn by a specialist who will take incumbents’ suggestions and later make adjustments and may even prepare a set of alternate plans.

After years of covering public boards, I can assure it is highly likely the presented plans will be adopted, and input from the public at that point will have very little or no weight.

(Rupert Howell formerly reported and edited The Panolian before retirement and has covered public boards for over 40 years. He can be contacted at ruperthowell58@gmail.com)