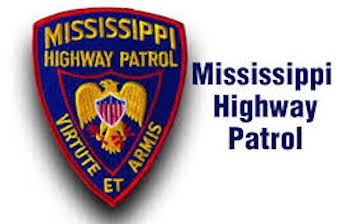 Thanksgiving holiday traffic was back to pre-pandemic levels with an increase in citations written on the state’s highways and interstates, as reflected in the statistics released this week by the Mississippi Highway Patrol.

The data details the number of citations written and accidents worked during the special travel enforcement period from Wednesday (Nov. 24) at 6 a.m. through Sunday, Nov. 28, at midnight.

During the period, MHP issued 9,845 citations, made 158 arrests for impaired driving, and investigated 195 crashes resulting in 53 injuries, and five deaths. The fatal crashes were in Lafayette, Smith, and Grenada Counties.

Two years ago, in 2019, Mississippi’s highways were especially deadly during the same travel period. Then, 185 crashes were reported with 10 deaths.

This year’s auto fatalities included Halie K. Tanner, 23, of Thaxton, Jacquette M. Davis, 52, of West Point, and Komoto S. Davis, 48, of West Point, who were killed in a collision on Hwy. 6 in Lafayette County on Thursday, Nov. 25.

In Smith County, Danny Taxler, 76, of Pulaski, was killed when his vehicle left the roadway and struck a tree on Saturday, Nov. 27.

On Sunday, Nov. 28, Kadarrious Fox, 30, of Grenada, died when his vehicle collided with a guardrail and overturned on I-55 in Grenada County.

MHP also reported that 774 tickets were issued for failure to wear seatbelts or for improper child restraints. Some 162 motorists were provided assistance by state patrolmen during the period.

For the Batesville-based Troop E division of the Highway Patrol, the holiday enforcement period was a busy one. Troop E officers wrote 1,383 citations, second only to Troop C, which includes Rankin, Hinds, and Madison Counties. The state is divided into nine districts for troopers to cover.

Troop E worked 31 crashes, three of which were alcohol-related, and the Lafayette County crash that claimed three lives. The crashes resulted in 12 injuries. Officers provided motorists assistance in 16 incidents.