Judge orders crime house outside Sardis public nuisance; renter may not return, people may not gather 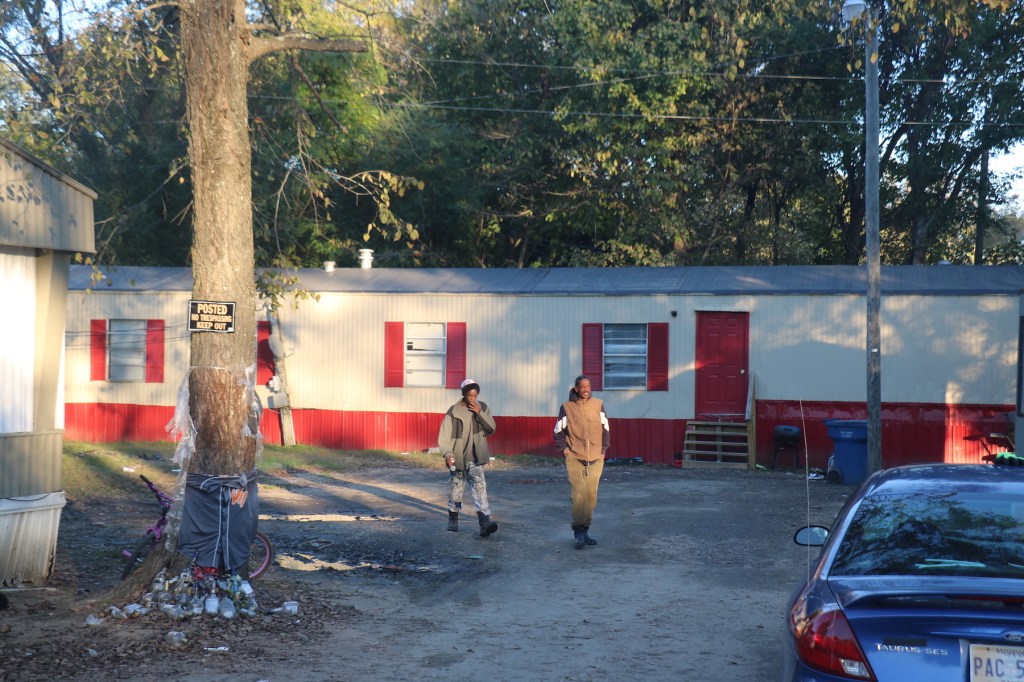 Panola County Prosecuting Attorney Gaines Baker this week persuaded a chancery court judge to declare an address on Willow Road in Sardis a public nuisance, a order that forced the occupant of a residence there to vacate and potentially gives law enforcement authority to arrest anyone seen on the property.

Baker filed a petition on behalf of the State of Mississippi in the First Judicial District in late October. Chancery Court Judge Mitchell Lundy, Jr., on Wednesday, Nov. 3, issued an order approving the injunction and the temporary relief sought by the county.

The order was issued about 3 p.m., and the occupants of 26 Willow Road were ordered to vacate by 5 p.m. The order is temporary, and Judge Lundy set another hearing for Jan. 24, 2022, at the Batesville Courthouse to determine whether the address will remain a public nuisance.

Using the courts to designate a property a public nuisance because of persistent illegal activities hasn’t been done in decades in Panola County. The legal maneuver was originally used during Prohibition to combat the sale of illegal beer and liquor, and at known houses of prostitution that were deemed to be detrimental to the welfare of the general public.

“This was an act of first instance in my tenure, but I will not hesitate to do the same for other properties, utilizing this same statute,” Baker said. “I filed the pleading in my role as prosecuting attorney based on overwhelming evidence that the property in question is an incubator for crime and a nucleus of illegal activity.”

In his order, Lundy wrote “the Court finds abundant proof and credible and sufficient evidence of repeated use and possession of controlled substances and other illegal activity in violation of Miss. Code Ann. 41-29-139, several counts of aggravated assaults and/or murders, and additional acts of violence have occurred at 26 Willow Road, and/or stemming from activities initiated in or about the residence.”

Not only must the occupant of the residence, Rhonda Walls, not return to the mobile home, the court’s order prohibits the owner of the structure, David Jackson, from renting it to another person.

Jackson owns the residence, but not the land it currently occupies. Those owners are Detrict Bagwell and Ruby Hill. County officials hope the ruling spurs the landowners to have Jackson remove the mobile home, described in the petition as a 1978 Fleetwood single wide model.

At Wednesday’s hearing, Panola County Sheriff Shane Phelps gave testimony about the recent history of violence and illegal drug activity at the address, as did Tim Campbell, the commander of the county’s Narcotics Task Force.

Also testifying was a resident of the area, who told the court he feared for his life daily because of the criminal activity on his streets, and particularly at the address being adjudicated.

“There were tears in the courtroom,” Baker said. “A good, law abiding citizen gave emotionally charged testimony when he recounted the constant crime, danger, and threats to the well being of the general public.”

Willow Road is a short street that lies in the Greenhill Subdivision, just outside the corporate limits of Sardis, and thus out of the jurisdiction of the Sardis Police Department. The street is lined with houses and mobile homes, many with zero lot lines.

The street winds around to Letha Wiley Road which can be used to access Hwy. 310 west of Sardis, and often requires at least two deputies to police the entrances and exits.

The Sheriff’s Office patrols the area, but deputies also have other zones to cover and can’t be at the trouble area constantly. Phelps said his office has worked daily to find ways to control the crime in the area

“This really helps law enforcement, and I’m thankful the judge saw the evidence and made this ruling,” Phelps said. “I know it’s just one property, but it sends a message that Panola County will support its law enforcement as we do everything we can to stop these senseless shootings.”
“I’m not going to leave any part of our county unprotected and without a deputy close enough to respond to calls, and the situation in Sardis this year has cost us a lot of extra money in overtime trying to stop some of this violence. It’s not fair to the taxpayers and it’s not fair to the people that live in the neighborhood to have this problem. I hope this sends a message that Panola County will use everything we can to stop the violence, even if it means we have to do this at other houses.”

This has been a particularly deadly year in north Panola County where there have been shootings and killings on a scale not seen in many years.  A dispute between gangs led to several weeks of shootings and murders in the summer and early fall in the Sardis and Como areas.

Further frustrating to law enforcement is the fact that much of the drug and gang related crime is committed by people from out of the county, many from Memphis and the DeSoto and Tunica County areas.

Supervisors have met with Phelps on several occasions, trying to find ways to halt the violence. The board recently approved the purchase of surveillance cameras similar to the ones installed around Batesville this year. The camera system will work in concert with cameras the Town of Sardis plans to put up near the corporate lines to aid in identifying cars and individuals entering and leaving Greenhill when investigating crimes.

At Monday’s meeting of the supervisors, a routine request by a resident of the area brought the matter up again. Letha Wiley, who lives on Letha Wiley Rd., asked supervisors to have deputies stop big rig trucks from driving through the neighborhood, where they are a danger to children playing and coming to and from Greenhill School, just a couple of hundred yards from the crime-ridden neighborhood.

Supervisor Earl Burdette, who represents the area, took the opportunity to voice his anger at the continual violence.

“There’s a school over there and they are shooting every other day, and you are complaining about trucks?” Burdette asked. “Kids can’t even play, kids can’t walk home school, parents are sleeping on the floors, they can’t have family reunions, they can’t park on the street, so my priority is not trucks right now. I want the shooting to stop over there.”
“People can’t live in a cave. The shooting has to stop at Greenhill. This has been the bloodiest year ever in Greenhill, bar none, and they are still shooting. They shot up two houses and a car last month,” Burdette said.