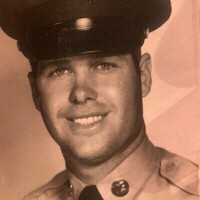 Funeral services will be at 11 a.m. Thursday, Nov. 4, in the Martin Willingham Memorial Chapel of Wells Funeral Home with the interment to follow at Forrest Memorial Park. The family will receive friends Wednesday evening from 5 to 8 p.m. at Wells Funeral Home.

Joiner was born Aug.t 14, 1939, in Pope,  to the late James Loyd and Evelyn Foster Joiner Patrick. He was a member of the First Baptist Church in Batesville, and honorably served in the Mississippi Army National Guard.

He was a longtime public servant of Panola County, as he served as Justice Court Judge for 29 years, Chief Deputy for the Panola County Sheriff’s Department for eight years, and the Mississippi National Guard for six years for a total of 43 years of service.

He truly loved Panola County and the people who lived here. When Bill retired, he had accumulated 1,345 sick days.

Joiner had a servant’s heart and never met a stranger.  He and his wife were the former owners of Warehouse Sales in Batesville. He was a devoted family man, and he took great pride in coaching his grandson’s baseball teams. He attended any event that included his children and grandchildren with great pride including band concerts, football games, soccer games, choir concerts. If his family was part of it, Bill was there to support them. He also enjoyed playing cards, fishing and a good round of golf.