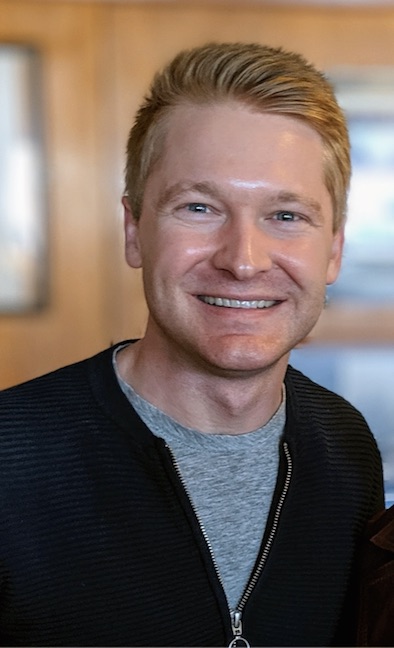 South Panola High School and University of Mississippi graduate Christopher Patton loves exploring the way people think and behave and he gets to use his expertise to help Facebook.

Not many children grow up dreaming to be an organizational psychologist, but from an early age, Patton knew he wanted to go into the psychology field. He learned from his mother, who taught psychology at local community colleges, how fascinating people could be and took an interest in trying to understand others.

“I would sit in the back of the room during her lectures and I just fell in love with the idea of psychology and the way people behave,” said Patton. “We’re pretty complex people and trying to understand that is fascinating.”

Born in Greenville and raised in Batesville, Patton has a special bond with Mississippi.He attended South Panola High School where he participated in stock exchange competitions that piqued his passion with business and numbers.

Passion is something the students may lack at South Panola after a rough couple of years due to the COVID-19 pandemic and it is reflected in the ACT scores that dropped compared to previous years.

Patton empathizes with current students who may feel frustrated by the pandemic and its effect on their learning, but he encourages them to push themselves academically.

“I have seen people get so caught up in the outcome that they lose sight of the learning journey,” said Patton. “Missteps are going to happen. I’ve had my fair share of them — from not achieving a certain grade to struggling to understand a concept. In my opinion, reframing those experiences from failure to a signal that you may need to exhibit just a bit more effort to learn can continue being a motivating factor for folks.”

Patton started the University of Mississippi as a business major but an undergraduate psychology course reminded him of his mother’s lecture and he pivoted during his freshman year onto the psychology track.

He credits Dr. Kelly Wilson and Dr. Kate Kellum for holding his feet to the fire and developing him into the psychologist he is today. From academic papers to his work as a lab technician, Wilson and Kellum provided guidance and mentorship that changed his future.

Patton said help from mentors gave him a tremendous leg up, but he also pushed himself to do better and to go further if he wanted to have a great future.

Patton went on to earn a masters and Ph.D in industrial and organizational psychology at Louisiana Tech University. He knows it’s a mouthful but the field combines Patton’s love for psychology and his love for numbers.

As an organizational psychologist and senior manager at Facebook, Patton helps his company create a better work environment with the goal to help organizations a better place for their employees using “people analytics.”

“We use data analytics to help us understand insights across the organization,” said Patton. “We also use theories of human behavior like what are the natural theories that would make someone be more motivated or have more job satisfaction. It’s basically the science behind HR.”

Patton’s specialty has taken him from coast to coast working for industry giants like PepsiCo. and Google in New York and California. Patton eventually settled in Texas for a few years before he joined Facebook, but there is no place like the Magnolia state for him.

“One of the things I feel that has prepared me for all the different roles is the communal aspect of Mississippi and how friendly people are,” said Patton. “You meet people from all walks of life in Mississippi, which I thoroughly appreciate. I think being able to interact with and find something in common with literally anybody in whatever spectrum is such a valuable thing that a lot of people from Mississippi have. Not everywhere I go outside of [Mississippi] has that.”

Patton said Mississippi had a big hand in shaping his character and the state allows a person to be present in the moment, unlike big cities that require you to be on-the-go at all times.

“When I come to Mississippi it feels like you can breathe a little bit more and life isn’t so hectic,” said Patton. “I think that’s a beautiful thing.”