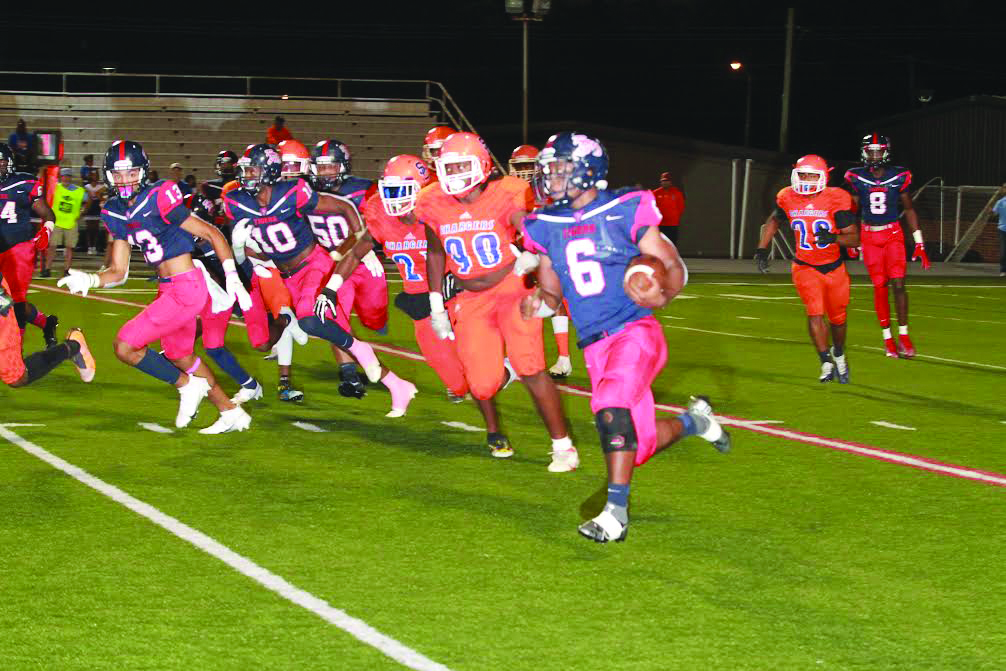 After coming away with a 14-6 defensive victory over Southaven last week, South Panola will visit uncharted territory of sorts Thursday as they take on Lewisburg in the first ever meeting between the two schools.

The game was scheduled for Friday night, but due to impending bad weather and Lewisburg’s plans to have a full Homecoming Court presentation, the game was moved to Thursday late Tuesday afternoon.  Coach Ricky Woods made the announcement to area media outlets.

The Tigers (5-2, 3-0) are currently tied for first in Region 1-6A with DeSoto Central while the Patriots are 1-5 overall and 0-3 in district play. Lewisburg’s lone win came in a 45-14 victory over Byhalia.

South Panola is led on offense by junior quarterback David Hubbard who has thrown for 856 yards and nine touchdowns through five games.

The Lewisburg game broadcast can be heard live on FM 101.5 terrestrial radio, and at the station’s website where it is streamed. Fans can also watch the game at www.sptigerden.com where the livestream video is paired with the radio broadcast. There is also a pregame and postgame show fans can tune in for.

South Panola was held to a season-low 217 yards by a tough Southaven defense last week, but persevered to pull out the victory.

The Tigers trailed 6-0 in the second quarter before Hubbard connected with Johnson on a 59-yard scoring pass at the 8:11 mark. D’Mariun Perteet gave South Panola some breathing room with a two-yard run to cap off a 14-play drive with 48 seconds remaining in the half as Connor West added both PAT’s.

The second half turned into a defensive struggle for both teams the Tigers were held to five yards total offense and no first downs in the third quarter. The South Panola special team unit played a key role as punter Trey Drumheller pinned the Charger offense inside their 10-yard line four times in the second half. Drumheller averaged 37 yards per punt.

“Defense won this game tonight, but our punting played a key role in it,” said South Panola coach Ricky Woods. “When you get into a game where field position is critical, you need the special teams unit to come up with some big plays and Trey definitely earned his money tonight.”

Hubbard finished the night 9-of-17 for 97 yards passing and 27 yards on the ground. Blockmon and Perteet caught three passes each.