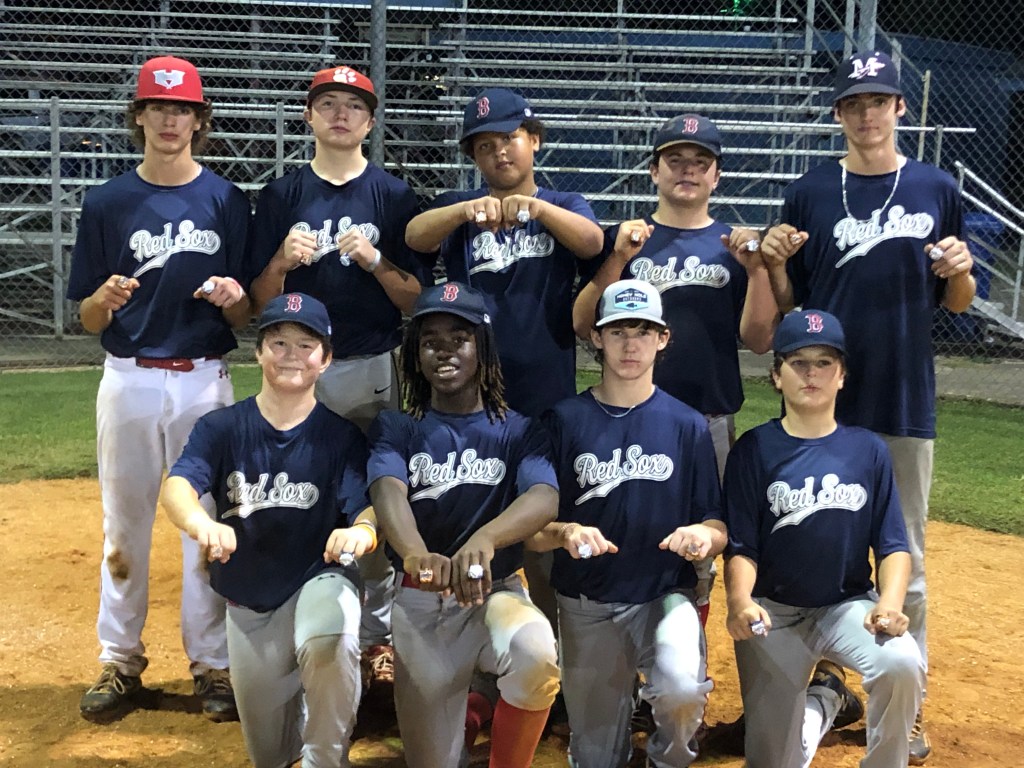 The 2021 fall baseball league for boys ages 13-16 was held at American Legion Park during August and September. The four teams were scheduled to pay 12 games, but the season was shortened to seven games plus two tournament games because of rain and a Covid-19 shutdown. The Red Sox won both the league and tournament titles, and the Royals were runners-up in both.