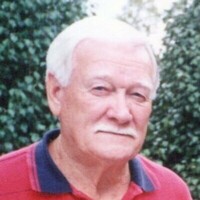 Funeral services will be 1 p.m. Wednesday, Sept. 23, in the Martin Willingham Memorial Chapel of Wells Funeral Home with the family receiving friends beginning at 11 a.m. prior to the service. The interment will follow at 3:30 p.m. at Ecru Cemetery in Ecru with military honors provided by the U.S. Navy.

Bill was born April 13, 1933 to the late Roy and Ruth Bailey Sowell in Memphis. Bill proudly served his country in the U.S. Navy during the Korean War. He was a retired Superintendent for Allen O’Hara Construction Co. in Memphis.

Bill enjoyed fishing, camping and cooking out. He was a big Nascar fan. Bill was always up for a game of Rook. He also enjoyed working with his flowers and most importantly spending time with his family.

In addition to his parents, Bill was preceded in death by one daughter, Jill Sowell.