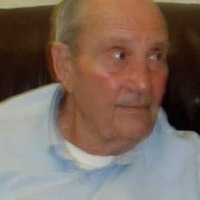 John was born June 11, 1937, in Sardis,  to the late Lawrence Purvis “Pat” and Effie Belle Taylor Allen. He was a retired exterminator, having worked for Redd Pest Control and Pickins Pest Control over the years. John proudly and honorably served his country as a U.S. Marine. He enjoyed watching football and cooking. John also enjoyed a good game of dominoes and spades with his family and friends. Earlier in life, he could be found hunting or fishing.