Brudarius Quintez Clark, 5652 Chickasaw Dr., was found guilty and fined $723 due in 30 days on charges of simple domestic violence and no driver’s license. Clark also had old fines of $817 due Sept. 8.

Brandy Lee Daniel-Fultz, 672 Sardis Lake Drive, pleaded not guilty disorderly conduct and contributing to the delinquency of a child and was given a Sept.15 trial date. Daniel-Fultz was ordered to pay $1,146 in old fines.

Johnathan Griffin, 251 Love Ave, Crowder, had a $5,000 bond set on various felony charges and was bound over to the Panola County Grand Jury.

Justin Bradley Perry, 872 A Bethlehem Rd., Batesville, failed to appear on charges of possession of marijuana in a vehicle, possession of paraphernalia and improper equipment. An arrest warrant was issued.

In cases set for trials,

Johnny Stephen Barrett, 1346 Bending Oak West Dr., Hernando, was found guilty of DUI and fined $779, but had a careless driving charge remanded to the files.

Martin Garcia-Narvaez, 244 Pollard St., Batesville, was found guilty of DUI and fined $779, but had a no driver’s license charge remanded to the files. 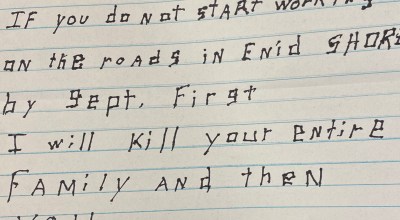