Panola County Covid numbers up, but less than state increases 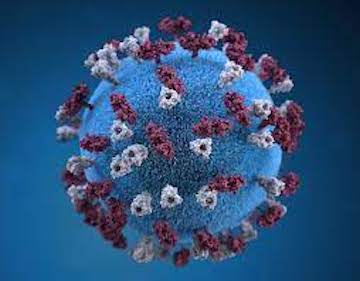 Mississippi’s new cases of Covid-19 have been several thousand a day the past week, but Panola County’s numbers – although a real concern for local leaders and healthcare providers – have averaged about 250 new cases a week this month with no deaths.

Statewide, dozens of people a day have died from coronavirus (111 passed away Monday) in the past week bringing the total number of Covid fatalities to 8,158. Almost 417,000 citizens have tested positive since the data was first recorded by the Mississippi State Department of Health in March 2020.

In the past seven days, the MSDH says 24,880 people have been infected statewide, and 278 have died.

In Panola County, one of the least-vaccinated counties, there have been 5,374 positive cases and 112 deaths. Many other counties in the state have higher vaccination rates with rates of infection and deaths also higher than Panola.

In Bolivar County, for example, 17 percent of the county has tested positive (137 deaths) for Covid since the pandemic began, as compared to 15 percent of Panola Countians (112 deaths). In Bolivar, 54 percent of the population (2,250 less people than Panola) hase been vaccinated, compared to Panola’s 32 percent.

The county has not been without its struggles with the pandemic, though. The entire South Panola School District is currently in a 14-day quarantine period after a rise in cases, and especially in the “close contact” numbers, forced officials to send children home for distance learning.

Panola Medical Center has remained at capacity with the most ill of patients, although the real pressure on doctors, nurses, and staff locally has been the constant appointments for treatment of milder symptoms.

Hospital COO Chris Ware said hospital employees at all levels of the healthcare system “have been phenomenal” since the latest wave of coronavirus reached Panola County two weeks ago. “I can’t say enough about how hard our nurses and staff are working to keep up with the demand,” he said.

Batesville City Hall and the county Courthouses are also struggling with the Delta variant wave, with departments in both places dealing with multiple absences each day. Both government entities have employees on leave after testing positive, but additional man hours are lost each week because more workers are off the job for quarantine following close contact with a positive case.

Industry leaders, along with those of almost every sector of retail and restaurant businesses in Panola County continue to juggle their ability to meet customers’ demands with the availability of goods and workers to keep doors open and cash registers ringing.

State health officials spend considerable time and effort pushing the vaccine shots and use of face coverings in crowded areas.

As of Monday at 8 a.m., the MSDH said 11,103 Panola County residents have been fully vaccinated and 13,538 have received a first shot. Health officials say many of the 1,600 people with first shots only were initially hesitant to be vaccinated but have streamed into hospitals, pharmacies, and medical offices for shots since national and state numbers began to climb.