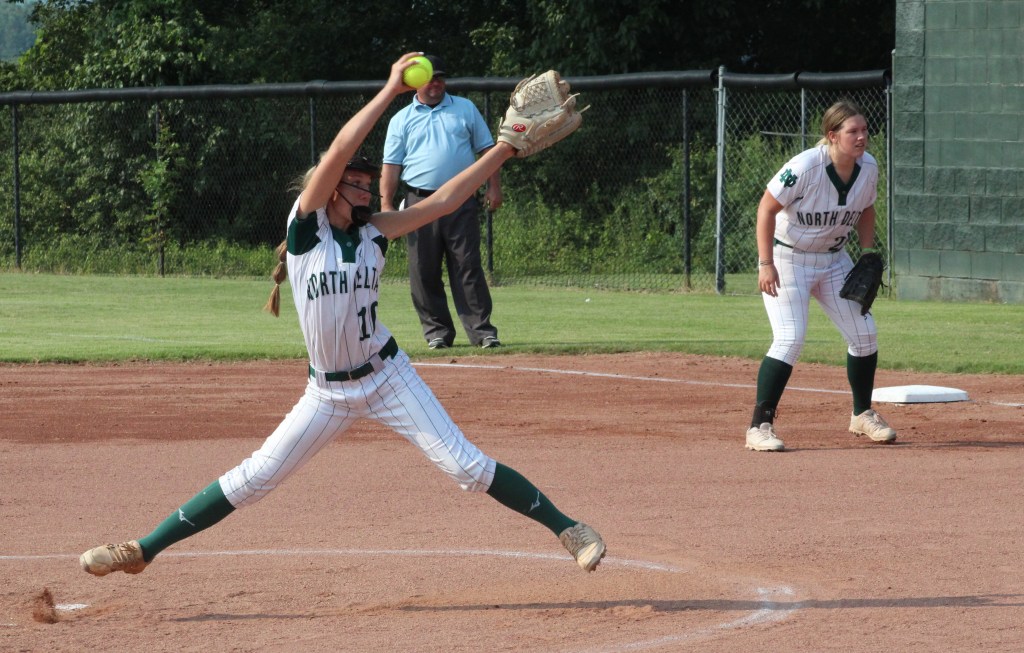 Kaley Ward drove in six runs with three hits as the North Delta softball team opened up district play with a 17-1 pasting of Rossville Christian in four innings Monday.

Lindy Ward added a pair of RBIs and two hits for the 3-1 Lady Wave.

Ward fanned four batters in two innings of pitching while Paizlee Woods struck out one in one inning of relief.

Kori Cox broke open a 3-3 tie in the bottom of the sixth with a double to drive in Paizlee Woods that propelled North Delta to a 5-3 win over visiting Tunica Academy Wednesday, Aug. 4.

The Lady Wave picked up an insurance run when courtesy runner Addison Willingham scored on an error off the bat of Gracie Tutor.

North Delta fell behind 1-0 before plating three runs in the bottom of the fourth on two hits and a pair of Tunica errors. The Lady Blue Devils took advantage of two unearned runs in the sixth to tie the contest at 3-3.

Lindy Ward earned the win with 1.2 innings in relief. Kaley Ward got the starting nod in the circle and went 5.1 innings with six strikeouts and two walks.

The Lady Wave will travel to Clarksdale Saturday to take part in the Lee Academy tournament before returning to Clarksdale Monday for a district tilt. The team is also slated to travel to Oak Hill next Tuesday. First pitch for both games are slated for 5 p.m.

Photo; North Delta hurler Kaley Ward delivers a pitch in a game here earlier this season. The Lady Wave picked up two wins in the past week.