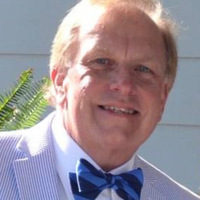 Dr. James Keith Shaffer passed away on Aug. 7, 2021, at the age of 58. The longtime North Mississippi educator was superintendent of the South Panola School District for eight years, before retiring in 2012.

During his 27 years of educational service, Dr. Shaffer began his teaching career as an instructor of Geometry and Speech. Dr. Shaffer served as an Assistant Principal at Clarksdale High School and a principal at Oakhurst Junior High School until he was elected as the Superintendent of Coahoma County Schools. After he had worked as the Personnel Director of the South Panola School District for two years, he was promoted to the Superintendent of the South Panola School District. There he served until his retirement in December 2012.

Batesville Mayor Hal Ferrell remembered Shaffer as “one of the friendliest, most engaging, and professional school administrators to every serve as superintendent of South Panola Schools and a beloved citizen.”

“His easy and outgoing personality made him popular with both young and old, and his musical talent was a gift he freely and joyously shared,” Ferrell said. “Just as much as his presence filled every room he entered, his absence will be keenly missed.”
“Not only has Keith left his precious family a great legacy, but his footprint has also made Batesville and Panola County a better community,” the mayor said.

Rev. John Howell, Jr., associate pastor at First Baptist Church, had a close relationship with Shaffer from the days when both were local school leaders, and later when their lives were intertwined in ministries.

“I will remember Dr. Shaffer for his personal kindness,” Howell said. “When I was headmaster at North Delta School he led me with great kindness and patience as we worked to achieve AdvandedEd accreditation, which was a first for the school.”

“Prior to that, when I was attending night school at Delta State University to earn a master’s degree, Dr. Shaffer was one of my professors. He allowed me to commute with him at no cost as we rode from Batesville to Cleveland, him to teach and me to attend. That meant a lot to me, and it’s just one example of Dr. Shaffer’s many, many acts of kindness shown to his friends,” Howell said.

Attending Clarksdale Baptist School until ninth grade, Shaffer transferred and graduated from Clarksdale High School in 1985.  He attended Delta State University where he earned all four of his degrees: Bachelor of Science in Education with an emphasis in Math (1989); Masters of Education (1989); Educational Specialist (1993); Doctorate of Education (1996).

Serving as a deacon, choir member, and on various committees, he was an active member of the First Baptist Church.  He additionally served at one time as an interim music minister in Clarksdale Baptist Church.

As a dedicated believer in Christ, he also participated in Emmaus Walks. He was involved in several civic organizations including Rotary Club of Batesville and of Clarksdale, and Rotary Club International where he served as a Group Study Exchange Representative to Melbourne, Australia in 2000.

While in Clarksdale, he participated with the Clarksdale Community Theater.

He is also survived by his in-laws Dr. David A. Ball (Patricia Odom) and his brothers- and sisters-in-law Dr. and Mrs. David W. Ball (Sara Elizabeth) of Tyler, TX and Dr. Patrick A. Ball (Kim) of Olive Branch. He  leaves many nieces, nephews and loving friends.

Shaffer was preceded in death by his parents, Tom Allen and Sarah Nell (Bennett) Shaffer, and his nephew Allen Lee Shaffer II of Clarksdale.

Funeral services are Wednesday afternoon, Aug. 11, at the First Baptist Church with the interment at Magnolia Cemetery. The family received friends Tuesday evening at the church, and also one hour prior to the service on Wednesday.