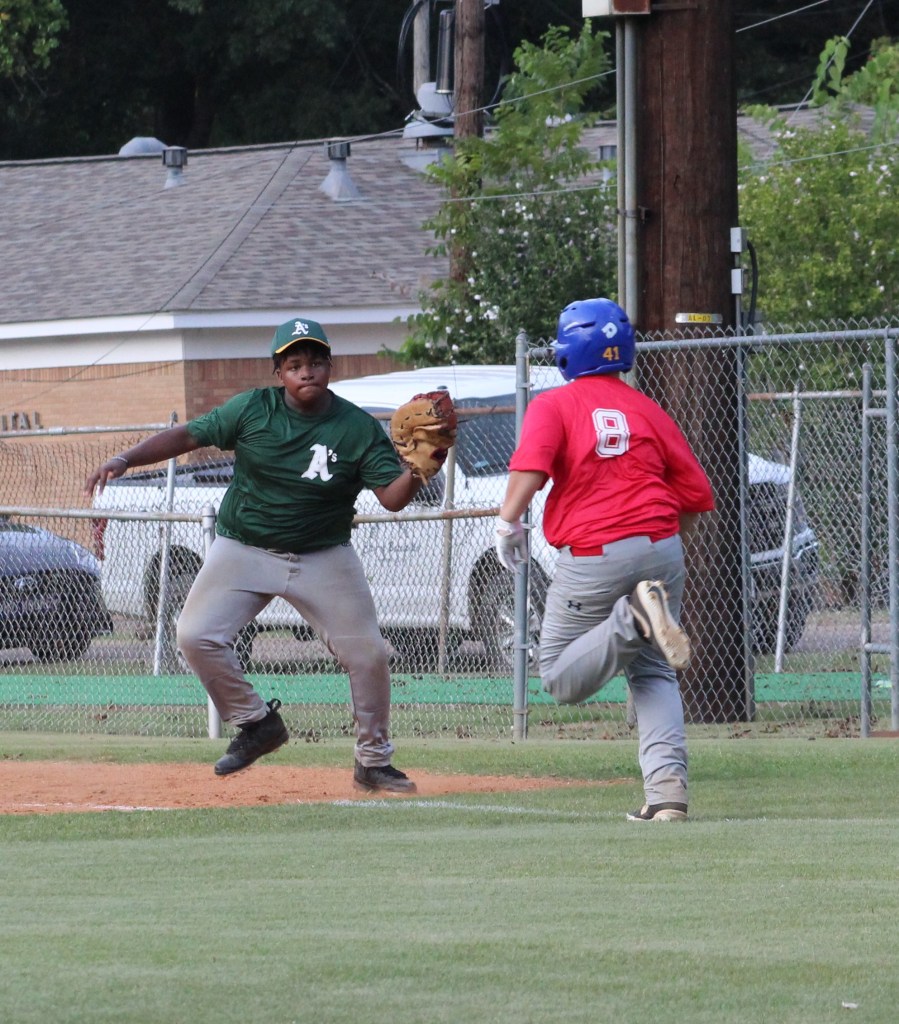 Darieus Brambett’s RBI single in the bottom of the sixth inning scored Clayton Hentz from second and gave the Royals an exciting 7-6 win over the Red Sox on the opening night of American Legion baseball Monday in Batesville.

The Red Sox took the lead at 6-5 on Landyn Simmerman’s two-out, two-run single in the top of the fifth only to have the Royals’ Chunky Bramblett steal home with two outs in the bottom half of the frame to knot the score at 6-6.

Darieus  Bramblett led the Royals at the plate with two singles while John Griffin Lane added a single. Chunky Bramblett registered a triple.

Cohen Coyle delivered a RBI single for the Red Sox. Braxton Simmerman and Jamarin Ingram scored a pair of runs for the Sox.

Austin Alexander and Talon Ottens drove in four runs each as the A’s cruised to the victory on opening night.

Caleb Johnson added two RBI’s with a single and double while Cam Moore contributed with a run-scoring single. Walker Cook also doubled and scored in a five-run fourth inning to put the game out of reach.

Cayden Wardlaw drove in both Cardinal runs with two singles while Hunter Carpenter and Evan Mayfield each singled.

Photo: Cam Moore, first baseman for the A’s, was pulled off the bag by the throw, but hustled to tag Cardinals runner Will Carpenter in American Legion fall baseball action Monday in Batesville. (Glennie Pou)