The Dog Days of Summer has deeper meaning 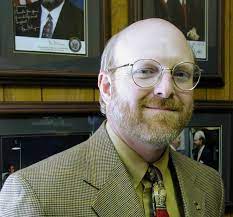 While growing up in the Mississippi Delta, I was accustomed to hearing the saying that we were in “the dog days of summer.” I just knew we were in the hot days of summer. I heard it again and began to wonder what the phrase actually meant. After doing some research, this is what I found.

In ancient times, when the night sky was not obscured by artificial lights and smog, different groups of peoples in different parts of the world drew images in the sky by “connecting the dots” of stars. They saw images of bears (Ursa Major and Ursa Minor), twins (Gemini), a bull (Taurus), and others, including dogs (Canis Major and Canis Minor).

The brightest of the stars in Canis Major (the big dog) is Sirius, which also happens to be the brightest star in the night sky. In fact, it is so bright that the ancient Romans thought that the earth received heat from it.

In the summer, however, Sirius, the “dog star,” rises and sets with the sun. During late July Sirius is in conjunction with the sun, and the ancients believed that its heat added to the heat of the sun, creating a stretch of hot and sultry weather. They named this period of time, from 20 days before the conjunction to 20 days after, “dog days” after the “dog star.”

The conjunction of Sirius with the sun varies somewhat with latitude. And the “precession of the equinoxes” (a gradual drifting of the constellations over time) means that the constellations today are not in exactly the same place in the sky as they were in ancient Rome. Although it is certainly the warmest period of the summer, the heat is not due to the added radiation from a far-away star, regardless of its brightness. It is a direct result of the earth’s tilt. According to The Old Farmer’s Almanac, dog days occur during the period between July 3 and August 11. The Merriam-Webster dictionary defines them as “the period between early July and early September when the hot sultry weather of summer usually occurs in the Northern hemisphere.”

Although these meanings have nothing to do with the original source of the phrase, they may have been attached to the phrase in recent years due to common usage or misunderstanding of the origin of the phrase.

James L. Cummins is executive director of Wildlife Mississippi, a non-profit, conservation organization founded to conserve, restore, and enhance fish, wildlife, and plant resources throughout Mississippi. Their website is www.wildlifemiss.org.