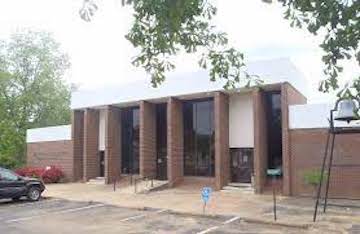 Squeaky wheels, they say, get the oil. Apparently so do relentless supervisors.

District 2 Supervisor Earl Burdette, who took office for the first time in January 2020, brought up the condition of the exterior of the Sardis Courthouse during his first meeting and has mentioned the matter several times since.

Burdette was unsatisfied with the condition of the parking lot, which has grass growing in the cracks and has a general unkempt appearance. He also noted the block and brick needs power washing and a cleaning of windows.

Other supervisors agreed with Burdette but motions were never made, or directives given, for the work. For several months the other supervisors told Burdette that inmates from the Sheriff’s Office could clean the building and finally gave the go-ahead last month.

At Monday’s meeting Burdette was adamant the building be cleaned this week, and had asked the county administrator to get quotes from a private contractor to provide the power washing service. The best quote came in at $2,000 the board learned, and also heard from Sheriff Shane Phelps who said he had reserved a scissor lift machine for Aug. 21 and would have jail personnel on site that day to complete the work.

Burdette balked at the idea of waiting another three weeks to have the work done, even if the county would have the extra expense of a contractor. Phelps said the scissor lift rental was just less than $300 for a day.

“I’m sorry, I just don’t want to wait any longer,” Burdette said. “Every month I hear a different story about why the Sheriff’s Office hasn’t gotten this done yet or some other obstacle that has come up. This isn’t a hard thing to do. Just clean up the courthouse and make it look as nice as possible for our citizens. It’s amazing to me how some things just get done right away and then some things like this just drag on. This is a simple thing and somehow we can’t get it done.”

Burdette said he was also upset that four windows at the courthouse are broken, possibly from bullets, and those haven’t been reglazed. “It’s ridiculous. This is the people’s courthouse and the supervisors have the responsibility to keep it up. We’re not even doing that right now,” Burdette said.

The supervisor made a motion to cancel the Sheriff’s Office reservation for the scissor lift and pay the extra $1,700 to get the work done this week.

Board President Cole Flint halted the discussion, saying, “I can settle this right now. We have a motion to proceed with the cleaning and I’m seconding the motion.”

Supervisors Flint, Burdette, James Birge, and Chad Weaver voted to proceed with the cleaning for $2,000. Only John Thomas voted nay, indicating he would rather wait three weeks and give the Sheriff’s Office the opportunity to do the work and save the added expense.

Chief: No warnings for bad driving