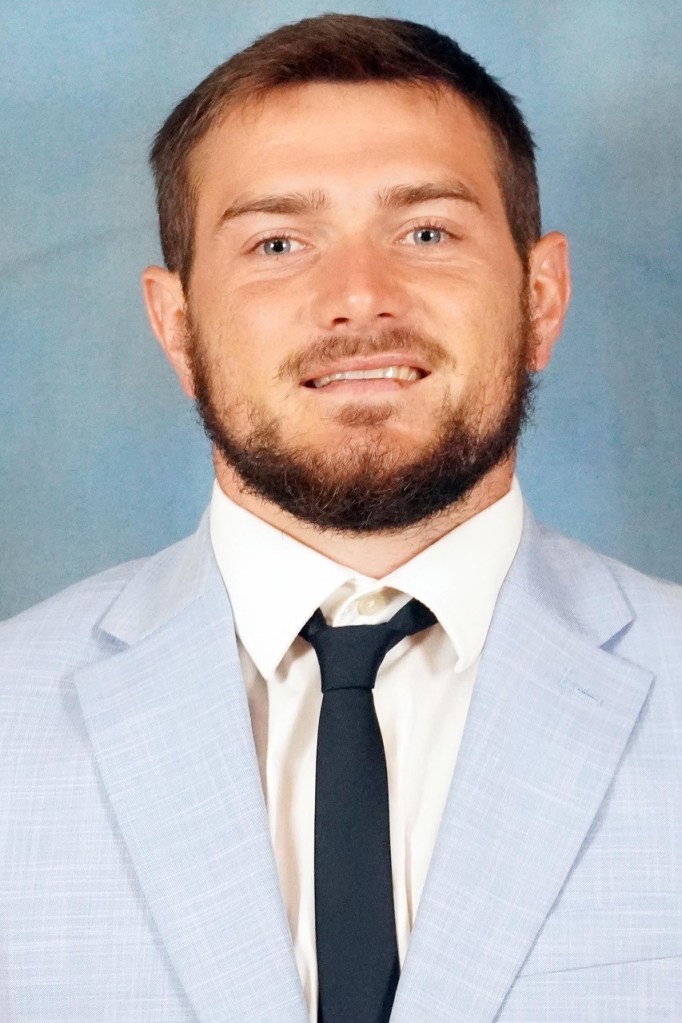 Cole Rotenberry is joining the Northeast Mississippi Community College football staff to advise a position that he is personally very familiar with.

Rotenberry, who has experience both as a player and as a coach in the Mississippi Association of Community Colleges Conference (MACCC), is the new wide receivers instructor for the Tigers.

“Cole is a good guy and a hard worker,” said Northeast headman Greg Davis. “I think he brings a lot to the program. He’s going to do everything he can to make our receivers better.

“He was a guy that I really liked as a player. He was a guy that made the tough catch, but also blocked his tail off. He was tough and gritty. That’s the kind of attitude we want in our program.”

Rotenberry was an award-winning wideout at both Northwest Mississippi Community College and Mississippi College. He was also an impact performer on the special teams unit at both institutions.

The Batesville native was a volunteer assistant at Coahoma Community College last fall alongside his twin brother Turner Rotenberry. This is the first full-time position of Rotenberry’s young coaching career.

“This is my first opportunity to really show what I can do and how I can really help student-athletes achieve what they want to in life,” Rotenberry said. “It’s not all about football. It’s about books too so hopefully I can come in and do my part.

“I’m just looking forward to getting on the field. I want to drill into their heads that it’s a team game. You’ve got to be a selfless player and do your job. I want them to trust me just like I’m going to trust them. That’s all you can really ask for.”

Rotenberry was part of a resurgent Coahoma program that finished third in the MACCC North Division during the 2020 campaign with a 3-2 overall record. The Tigers also held a No. 28 national ranking in the final JCGridiron Dirty 30 poll.

Von Hill was an All-MACCC selection at Coahoma while under the tutelage of Rotenberry. He had 20 receptions for a team-high 353 yards with two touchdowns for the Tigers.

Rotenberry was sensational during his pair of seasons at Mississippi College. He was recognized by the Gulf South Conference (GSC) on its all-decade team as a special teams utility standout.  He was a first-team All-GSC recipient as a senior after posting a league-best 28.5 yards per kickoff return. Rotenberry had a 92-yard kickoff return for a touchdown during the Choctaws’ victory over Shorter (Ga.) University.

Rotenberry was Mississippi College’s leading receiver for two straight years with totals of 33 catches, 664 yards and six scores. Three of those touchdowns came in the same game against the Florida Institute of Technology on October 12, 2019.

The South Panola High School graduate had a season-best four receptions for 97 yards, including a 70-yard touchdown catch, versus the University of North Alabama during his junior campaign with the Choctaws.

Rotenberry also reached the end zone that season against the University of West Florida and Shorter. He amassed 1,169 all-purpose yards over 20 career appearances at Mississippi College.

He put up tremendous numbers at Northwest from 2016-17. Rotenberry obtained All-MACCC second-team distinction as a sophomore after topping the Rangers with 55 receptions for 786 yards.

Rotenberry had two 100-plus yard performances with the Rangers. He recorded a career-high 105 yards on seven catches versus Itawamba Community College on September 14, 2017.

He had 100 yards on the dot on a career-best nine receptions four weeks later in a home triumph by Northwest over East Mississippi Community College. His lone touchdown with the Rangers came during a win at Holmes Community College earlier that year.