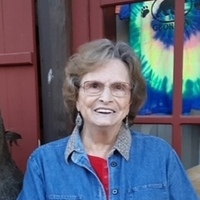 Funeral services will be 11 a.m. on Wednesday, Aug. 4, in the Martin Willingham Memorial Chapel of Wells Funeral Home with interment to follow at Forrest Memorial Park in Batesville. The family will receive friends one hour prior to the funeral.

Helen was born Oct. 1, 1937, in Pontotoc County, to the late Duffie G. and Myrtie Moore Miller of Houlka. When she was eight years old, they moved to Chickasaw County attending Houlka Schools and graduating high school in 1955. After graduation, she moved to Memphis,  where she raised her three daughters and worked with her husband, Walter Earnest, Jr. at their businesses, until he retired after many years and passed away a short time later.

Helen then met and married Robert Barlow, Sr., and together they had 12 great years together until his passing in 2010. They were both retired and loved to travel, which she continued to do with her sister-in-law, Lonnie.

They traveled abroad to Canada, Italy, France, Scotland, Ireland, and Spain. She also traveled to every state in the U.S. except Alaska. Helen lived a full and happy life, enjoying her family and friends. She was a devoted Christian and looked forward to being reunited with many loved ones in Heaven.

The family left behind to cherish her memory include her two children, Karen Earnest Hoseney (Rick) of Como,  and Beverly Earnest of Sardis; one sister, Peggy Alexander of Houlka; three grandchildren, Richard Hoseney, Jr. (Anna) of Southaven,  Kathy Alred (Justin) of Como, and Robbie Hoseney of Como; one great-grandson, Matthew Alred; a nephew who was like a son, Robert Barlow, II (Cheryl) of Pineville, LA; a sister-in-law and best friend for 64 years- who was like a sister to her, Lonnie Earnest Webster of Ecru; and a host of nieces and nephews.