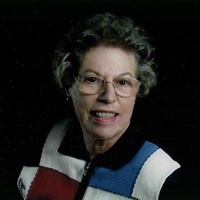 Martha Ann “Peggy” Coleman, 81,  of Benton, AR, passed away on Friday, July 23, 2021. She was a faithful member of Highland Heights Baptist Church for over 40 years.

Peggy was born on Nov. 11, 1939, in Courtland,  to Harvey and Gail Martindale. After graduating from nearby Batesville High School in 1957 she went on to attend Blue Mountain Baptist College and received a Bachelor’s Degree in Elementary Education.

Teaching for several years in Northeast, East and Southeast Arkansas, Peggy met her future husband, Bill Coleman, in a small town called Elaine. They were married in 1967 and soon bought their first home in Southhaven.

Peggy continued working as a school teacher until she gave birth to her first child, a daughter, in 1970. Her second child, a son, was born in 1973. Around 1976 Bill was offered a job in Little Rock; and the family moved to nearby Benton.

Peggy very much enjoyed being a stay-at-home mom/housewife. She loved helping out at her children’s school and being involved in her church. Sadly, in 1988 the love of her life, Bill, passed away. Peggy never remarried.

After Bill’s death she renewed her teaching license and went on to work occasionally as a substitute teacher. Eventually deciding she didn’t want to go back to full time teaching, she found a part time job she enjoyed working in a Harvest Foods bakery for several years. She loved visiting with the customers.  She also enjoyed spending time with her friends and family.

Her 5 grandchildren became the light of her life, and she liked to tell people all about them. In later years Peggy enjoyed reminiscing about her own childhood growing up on a Mississippi farm and time spent with her siblings, cousins, grandparents, and various other relatives and friends. She had fond youthful memories of summer spent working at Ridgecrest Christian Camp in North Carolina and time spent at night with the other workers sitting on a big porch, talking, laughing, singing and listening to Christian music.

Peggy was preceded in death by her husband Billy T. Coleman, her father Harvey H. Martindale and her mother Roxie “Gail” Martindale. Left behind to forever cherish her memory are her daughter Cindy (John) Barthol of Little Rock; her son, Tommy Coleman of Benton; her sister, Sarah (Willy) Billingsley of Huntsville, AL; her brother, James H. (Sandra) Martindale of Pope; her sister Janie (Jimmy) Coombs of Ripley; her brother, Mickey (Beverly) Martindale of Courtland; her grandchildren, Caitlyn Barthol , Nicholas Barthol, Adam Barthol, Lorin Barthol, and Matthew Barthol, all of Little Rock. She also leaves behind many nieces and nephews and other very much loved family and friends.

“For the wages of sin is death, but the free gift of God is eternal life in Christ Jesus our Lord.” (Romans 6:23)

We are taking our mother’s earthly body home.  The funeral service will be held on Thursday, July 29, at 11:30 am in the Chapel of Wells Funeral Home in Batesville. Visitation will begin at 10 a.m.

Peggy will be interred at Forrest Memorial Park.