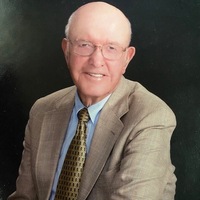 The family will be receiving friends Wednesday evening, June 23, at Peach Creek Baptist Church from 5 to 7 p.m., and also one hour prior to the service Thursday morning.

Born June 20, 1931, in Quitman County, Otis Jenkins was the second child and oldest son of Jene Jenkins and U.V. Bolen Jenkins. Starting as a young boy, Otis helped his father in the fields as a sharecropper, driving a team of mules with a one-row plow. From an early age, Otis dreamed of owning and working his own land, and he worked diligently toward that goal.

At the age of nineteen, Otis married the love of his life, his bride of 71 years, Bunny Samuels, on May 19, 1950. Starting out with only their deep love for each other, they began working together to achieve their dreams. Otis continued farming and working at a service station, while saving to start his own business. Eventually, they bought the service station in Sledge. They were able to purchase land soon, which Otis cleared himself.

He opened a country store across the road from his farm, which Bunny ran while he farmed. He farmed and cleared land during the day, while hauling pulpwood at night. Otis and Bunny purchased their current home in Pleasant Grove soon thereafter and began to start their family. Sadly, their first child, Walter Jene, was stillborn in 1953, but a daughter, Sherrye Dell, was born in 1955, followed by another son, Steven Keith, in 1962.

Continuing to expand his row crop farming of cotton, corn, wheat, and beans, Otis also raised hogs for a number of years. He formed Jenkins Planting Company in 1971 as a large-scale farming operation, focusing on the production of soybeans and rice. He has continued this through the present day, having recently planted his seventy-first crop. Otis believed that his land had to produce, and he ensured that all his land was sustainable.

In 1960, Otis became a member of Peach Creek Baptist Church in Pleasant Grove. Over his many years there, he served in numerous leadership roles, as well as on various committees. Most notably, Otis served as Deacon there until his death. He was a man who lived out his faith and love for God, always reminding his family to put God first and family second, even reminding his family this important rule three days before his death.

Otis enlisted and served for a short while in the United States Army in the 1950’s, before being Honorably Discharged for health reasons. He also gave life long service to his community, always lending a helping hand to those in need. He was a founding board member of North Delta School, and he served on the Pleasant Grove Water Association Board until his death.

Otis loved his family dearly and was a devoted husband, father, grandfather, and great-grandfather. He was always active and involved in the lives of all his family. He was proud to say that he taught all his grandchildren to drive. Otis enjoyed being outdoors and spending time with his family. He was an avid hunter of deer, duck, quail, and rabbit throughout his lifetime, and he enjoyed taking his son and grandchildren with him on his hunts.

On, June 21, 2021, at the age of ninety, Otis passed away peacefully at his home in Pleasant Grove, surrounded by his loving family. He leaves behind a legacy of hard work, success, devotion to family, and above all, service to Jesus Christ his Lord and Savior. Otis is survived by his wife, Bunny Samuels Jenkins; their children, Sherrye Pattridge (Peter) and Keith Jenkins; his four grandchildren, PJ Pattridge (Lisa), Nicole Pattridge Rhines (Tre’), Jessica Jenkins Aldison (Colt), and Austin Jenkins Mabry (Justin); his nine great-grandchildren, Eli and Adele Pattridge, Price and Lucy Rhines, Sailor and Finley Aldison, and Piper, Otis Gray, and Rush Mabry; and many nieces and nephews. Otis was preceded in death by his parents, Jene and UV, a son, Walter Jene, brothers, Jimmy and JW, and sisters, Ethelyn Morris, Annis Brown, Imogene Brasher, and Libby Reichert.

“I have fought a good fight, I have finished my course, I have kept the faith: Henceforth there is laid up for me a crown of righteousness, which the Lord, the righteous judge, shall give me at that day: and not to me only, but unto all them also that love his appearing.” 2 Timothy 4:7-8